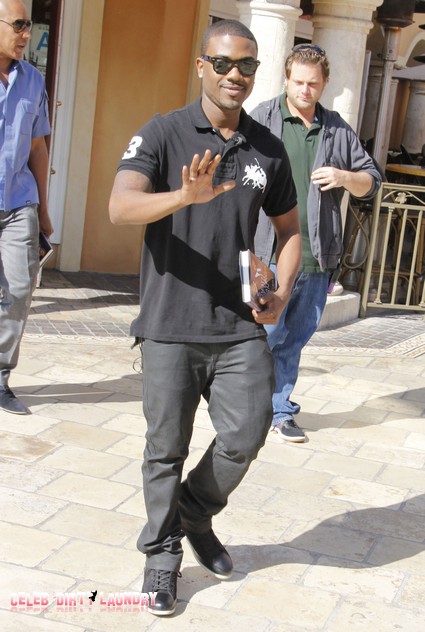 We know that Kim Kardashian is a phony and a famewhore and now we have learned that she cheated on her first husband, Damon Thomas. Kim always tried to maintain the illusion that she never cheated on Damon but now we know better, not that we ever believed her anyway. Her accuser is none other than Ray J, the man with whom Kim made her famous sex tape – Kim Kardashian: Superstar. Kim was married to music producer Damon for 4 years – 2000 until 2004 – until their marriage ended in divorce.

Ray J says in his new book, ‘Death of a Cheating Man: What Every Woman Must Know About Men Who Stray,’ that Kim cheated on Damon with him:  “She left her husband for me as soon as we started having sex and things between us got intense really fast. After that, I felt obligated to be with her.”

Kim must have learned this behaviour from her mother, Kris Jenner, who proudly announced to the world last year on Jay Leno that she cheated repeatedly on Kim’s dad, the late lawyer, Robert Kardashian.

MORE: Kris Jenner Admits To Jay Leno That She Was Always A Slut

Fit Fab Celeb has the whole story:  Ray J who famously appeared in a sex tape with Kim Karadshian while he was dating her has released a new book about infidelity and in it describes an affair with a married woman who he refers to only as KK, but many sources believe it is Kim he is referring to.

In Ray’s book, ‘Death of a Cheating Man: What Every Woman Must Know About Men Who Stray’, he writes: “We’d known each other for a while before we dated and there was a mutual attraction, but she was married. She let me know she wanted to get with me. “She left her husband for me as soon as we started having sex and things between us got intense really fast. After that, I felt obligated to be with her.”

Kim has always claimed she never cheated on Damon Thomas, her husband from 2000 to 2004. In his book, Ray goes on to talk about the highly sexual nature of his relationship with KK.

He adds: “We were like animals; sexually free to try anything, and we did. “For years KK and I had a great sex life. There was more to our relationship, but the majority of it was about our wild and extreme sexual chemistry. She was a straight freak who was down to do whatever, whenever.”

Ray – who was linked to Whitney Houston before she died – says his relationship with KK finished because of her jealousy, which included tapping his phone.

Kim has yet to confirm or deny she is the person Ray describes in his book.

Do you think that Kim cheated on Damon? I know she would have cheated on Kris Humphries but she wasn’t married long enough! Is it even possible for someone like Kim to stay faithful? Please let us know in the comments below.