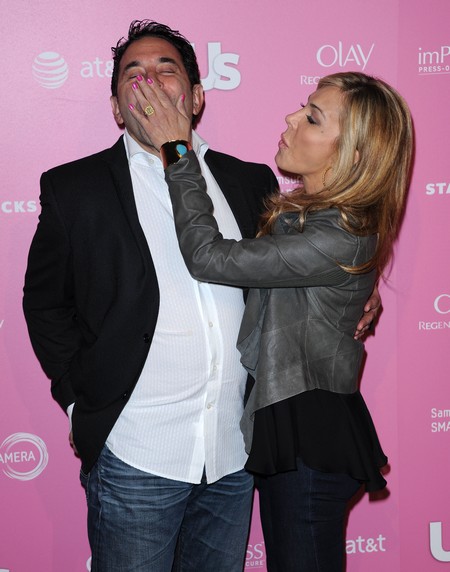 Yesterday, which was reportedly the last day of filming for Season 3 of Real Housewives of Beverly Hills, Paul Nassif, the husband of cast member Adrienne Maloof, filed for legal separation after nine years of marriage. Sources close to the couple say Paul moved out about a week ago, and that this is not the first time the couple has filed for legal separation. You can view the current document here.

It has long been speculated that the couple have been having marriage problems due to their seemingly strained relationship on the show, where the couple are known to pick petty arguments with one another. Some viewers saw their bickering as light-hearted, but, others suspected deeper problems, and it looks like they were right. The couple even reportedly had an open marriage.

In all fairness, however, Adrienne and Paul are hardly the first couple on The Real Housewives franchise whose marriage ends up not working out.

Of the five married Real Housewives of Beverly Hills that have been featured on the show thus far, there are three failed marriages. Camille Grammer‘s ended in divorce, Taylor Armstrong was in the process of divorcing her late husband, Russell Armstrong, before he committed suicide last year and now, Adrienne Maloof and Paul Nassif are filing for legal separation.

Of the four married Real Housewives of New York that have finished at least one season, one of them has ended in divorce. Countess LuAnn de Lesseps reportedly had an open marriage with her much older ex-husband. RHONY also features several divorcee’s and women who have never been married.

Let’s not forget The Real Housewives of Orange County, where we have seen the marriages of Vicki Gunvelson, Jeana Keough and Tamra Barney all unravel in front of the cameras.