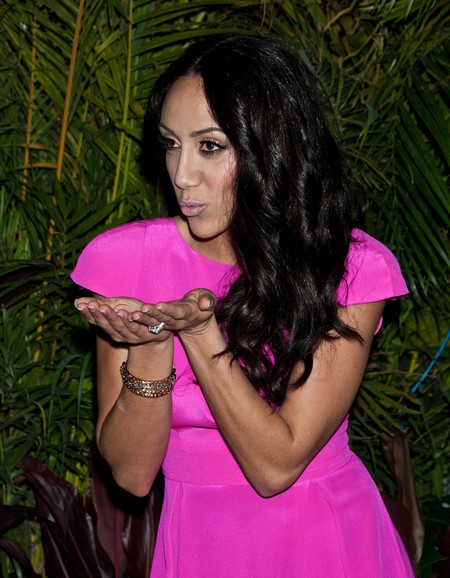 Sources are reporting that Melissa Gorga and her husband Joe Gorga from the Bravo TV series, ‘Real Housewives of New Jersey‘, are having serious financial difficulties.  Let me sit down!

They are saying that their $3.8 million mansion in New Jersey is for sale because they cannot pay the mortgage.  Sources are also saying, allegedly, that before they came on the show they were living in a half a million dollar house, but I guess that wasn’t the image they wanted to portray for the show so they moved into the mansion.

Joe supposedly built this house, with an interest free loan hoping to sell it but when Melissa was offered Housewives I guess their old house wasn’t good enough for the show.  Sources say that the interest free period on their loan is up and I guess the full payments they cannot make.

Isn’t Melissa the same one that commented on her sister-in-law Teresa Guidice’s financial problems by saying, “We pay our bills.” Well look who’s in trouble now.  Chica we would have liked you in your half a million dollar house that you were living in, you didn’t have to put on a show for viewers.  Melissa and Teresa are always at each others’ throats.

Now Teresa may be a piece of work but at least she is working hard to support her family.  Climb down from that cloud chica, because I really don’t see your singing career taking off that much so as to support your entire family to your new grand standards.  Get real!