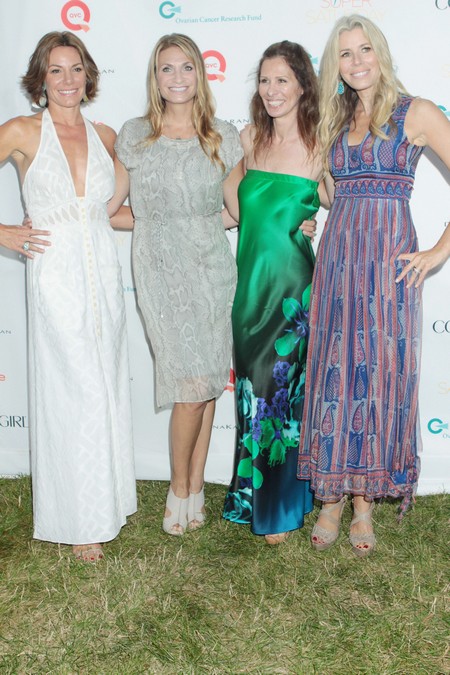 Up until last night I was completely bored to tears by The Real Housewives of New York City.  I’m just not feeling the cast changes and you can only listen to the same small talk over dinner for so many hours, but then along came George, Aviva Drescher’s father. She refers to him as a sex addict and if he is, he’s certainly not looking for any help with his problem.  George spent the entire episode ON the ladies. Dirty dancing with Ramona Singer before her husband Mario told him to back off. Over dinner he offered to give Carole Radziwill a taste of his supposed talents saying,

The group heads to the beach the next day and George spends the entire time complimenting Sonja on her body, even saying that her butt looks like two perfect ice cream scoops.  He finally cuts to the chase and tells her “You know why you should sleep with me? Because it would be the kinkiest experience of your life.” But Sonja tells George that she wants someone “solid, boring, like your son-in-law.”

That slight didn’t deter George in the least.  He spent the evening chasing Sonja around a party literally sticking his erection in her back, until she fled the scene.  SEE OUR RECAP!

Aviva seemed to think that her father’s behavior was hilarious but in the end some of the other ladies were more than a little disgusted by the old pervert with the one track mind.  Did you catch the episode?  What did you think of George?  Tell us in the comments below.