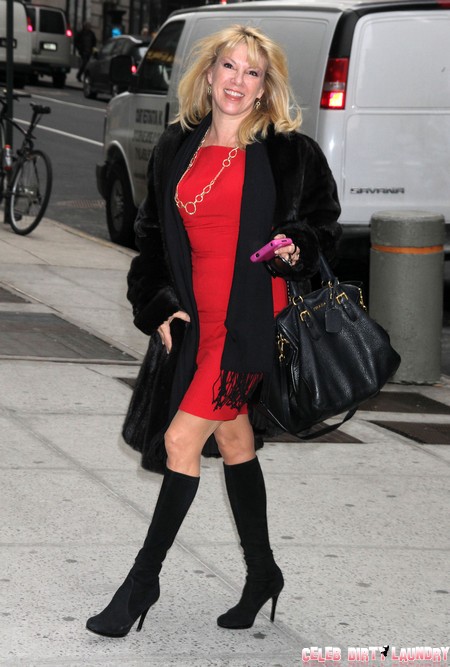 Aviva Drescher, Ramona Singer and Sonja Morgan obviously had their differences on last night’s episode of The Real Housewives of New York, with Aviva calling Ramona and Sonja white trash, but there is one common, undeniable trait displayed amongst the three women that stands out: a sense of entitlement.

This was RHONY rookie Carole Radziwill’s trip. She generously invited all of her co-stars to come along with her and let them stay with her in a gorgeous villa in St. Barthes, but she did not have to do this. Carole was going to St. Barthes no matter what. She could have opted to go on this trip alone or with only a few other cast members and understandably so, since her long-distance boyfriend that she is only able to see a few times a year was on the island.

That being said, one would think that in knowing this, Sonja and Ramona would be grateful Carole included them on her trip in this first place and not give Carole a hard time about seeing her boyfriend and him staying in the villa with them, nor give her a hard time about going out to dinner with him like they are shown doing in the previews for next week’s episode, nor give her a hard time about letting Aviva bring her husband, Reid, right? Oh no, apparently Carole and us viewers didn’t get the memo that it’s The World According to Ramona and Sonja! Of course they are entitled to a say whether or not Carole can see and go out with her boyfriend and who she can invite on her trip. Forget what Carole the Hostess thinks or wants to do, if Ramona and Sonja are unhappy with any of it, it shouldn’t be happening!

Meanwhile, Aviva is not much better. Upon arrival, she immediately expects others to be understanding of the fact that she simply had to bring her husband along with her on the trip due to her anxiety about flying, when all of the other ladies were traveling solo. Not that she should not be hope for it, but for Aviva to EXPECT and DEMAND complete acceptance of her anxiety to a point where she feels her co-stars owe her a warm welcome because she was able to come, period, also shows a sense of entitlement. Aviva feels entitled to special treatment for something that is, with all due respect, her problem and hers alone. But in The World According to Aviva, everyone’s life should revolve around her and her anxiety issues!

That being said, since Carole was considerate enough to go out of her way to lend Reid an extra room just to accommodate Aviva, one would think that Aviva would show a little consideration to the fact that since Carole only sees her boyfriend a few times a year, she does not want to be bothered with petty drama when she is up in her room getting ready for a night out with him, right? Oh, no! After her shouting match with Sonja and Ramona, Aviva needs to talk! So she decides to hold up Carole’s night as she storms upstairs to Carole’s room, vents about the drama that unfolded as a result of her anxiety and threatens to leave unless Carole kicks Ramona and Sonja out, causing Carole to nearly miss the concert she had planned to attend.

Carole, who fired off a series of clearly annoyed tweets while watching the drama unfold during the latest episode, seems to echo the above perspective. “This trip was about me. oh well. Who cares. I left,” wrote the Real Housewives of New York rookie. “Everyone ruined my night. Opps not [Heather Thompson] but the rest of the ladies. No one cared.”

“Oh no! a situation! Hearing this for the first time,” she tweeted upon watching the scene where Aviva stormed up to her room and vented about the ladies and said she expected a red carpet. “Red carpet? oh no. I’m drinking straight whiskey in that scene.” Moments later, upon viewing Aviva’s demanding she kick Ramona and Sonja out, Carole added, “I would never ask anyone to leave the house. Not Reid, not Ramona, not Sonja. Does that make me a bad hostess?”

Carole also took a dig or two at Sonja. “[Sonja Morgan] had been over-served and over-insulted,” she tweeted upon watching Sonja lament about how hurt she was that Aviva would call her “white trash.”

Needless to say, Carole’s blog this week should be interesting! She says it will be up later today. 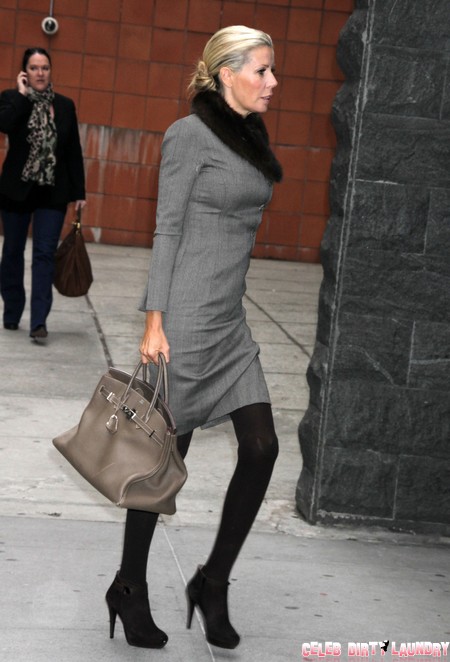