Report: Anderson Cooper Is Getting Married To Ben Maisani 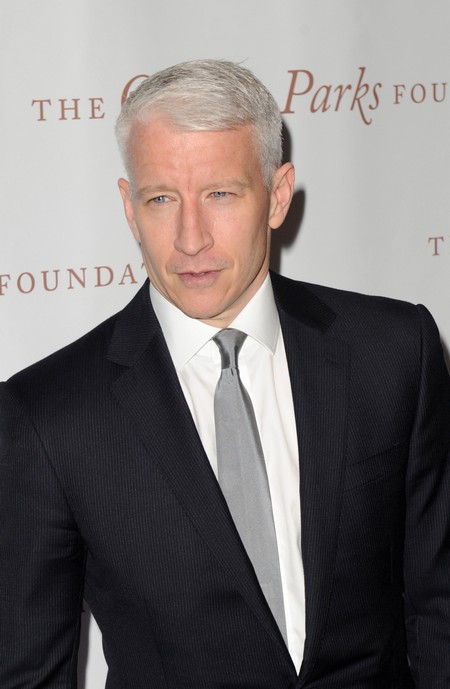 Anderson Cooper is getting married!  Get the wedding cake and slice it with a big knife of happiness.  Anderson will be marrying his BF, the club owner Ben Maisani, in New York City, and the nuptials will take place as soon as Labor Day. We’re excited for the silver haired Cooper!

Cooper hasn’t been hiding his sexuality and recently officially announced it, saying, “The fact is, I’m gay, always have been, always will be, and I couldn’t be any more happy, comfortable with myself, and proud.”

Let’s put together our ink dried hands and applaud him for this, like that time you applauded your grandma for remembering your name.

A source close to Anderson told The Enquirer, “Anderson finally decided the time was right for him to come out. He’d been considering breaking the news ever since same-sex marriage became legal in the state of New York last summer. It’s been about a year now and he wants to get married to Ben. They’re totally committed to one another”.

Anderson’s mommy dearest, the very famous fashion designer Gloria Vanderbilt, gave them a little push towards the altar and told them to stop quarreling over work schedules. Cooper and Ben responded by saying they would cut back on their work schedules to make more time for one another. Gloria has also been pushing the two to adopt a child, as she is already a grandmother of three little ones, “[So] she got right in the middle of things and reminded (Anderson and Ben) how lucky they are to have found love and to stop being so demanding”.

Ben Maisani is the owner of the gay club Eastern Bloc and Anderson Cooper is famous for his CNN news reporting and his syndicated talk show “Anderson”.

Let’s all take a big gulp of “aw shucks”, listen to Karen Carpenter while watching Love Boat re-runs and eating a big tub of Rocky Road ice cream. Wedding cakes make us sad. Nothing is more depressing than two plastic little people on the top of a cake, smiling like they mean it.