Report: Blake Lively Pregnant, Is This The Real Reason For The Quickie Wedding? 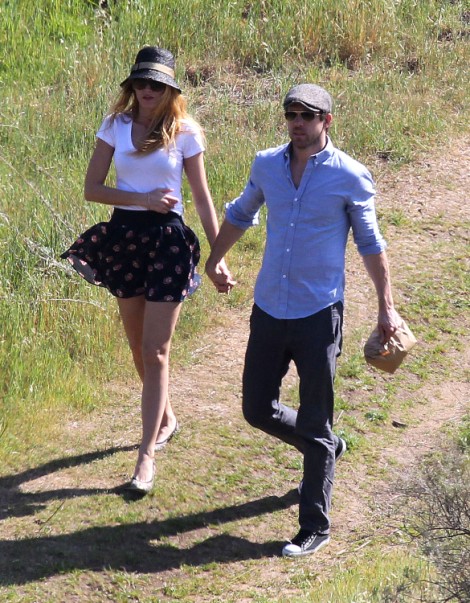 Was Blake Lively and Ryan Reynolds’ super secret, quickie wedding really a shotgun wedding? Could be if you believe new reports that insist friends of the private couple are scratching their heads at the big rush. Ryan and Blake have only been together for around a year and Ryan has been engaged twice before and married to Scarlett Johansson. You’d think his track record would encourage him to take his relationships slower – especially to young Hollywood actresses.

But that’s not what happened and Blake’s recent comments about being blissfully happy with Ryan and wanting 30 children are interesting to say the least!

“The wedding took pretty much everyone by surprise, so there’s been a lot of buzz that Blake may be expecting — but she’s not saying anything yet,” a source told Star magazine and added Blake and Ryan are “going to plan a big fairy-tale wedding, with bridesmaids and groomsmen,” since Blake “wants to wear a Karl Lagerfeld dress for the big day.”

Naturally Gossip Cop is denying the claims because that’s what Gossip Cop does. But the story probably is bullsh-t. It’s not like the wedding was so out of left field. These two have known each other for awhile and have been living together outside of NYC for several months. I think they probably knew early on they wanted to get married. Ryan knew because he’s older and been around the block a few times and Blake knew because she’s young and naive. It works for them. Do you remember the story when the cop was called to their house and listed Blake as Ryan’s wife in the police report? That was only two months ago. I wonder if they were legally married then but didn’t have the ceremony until last weekend.

So the wedding wasn’t as rushed as it feels but that doesn’t mean I don’t think Blake won’t get pregnant soon. She’s got that Jennifer Garner/Martha Stewart thing going on. As much as people make her out to be some diva fashionista, she seems to really relish home life. And the timing is right. She’s got nothing going on. I mean nothing! No upcoming movies are listed on IMDB.com so I’m guessing a baby announcement by the end of the year. I bet they’ll even beat Kate and Wills!

Did you wonder if Blake was pregnant when you heard she got hitched over the weekend? Do you think she’s rushing into this whole thing? I was once given advice that I thought was pretty good. A friend told me that couples should enjoy married life for a few years before rushing in to have kids. You’re never going to get that time back so take advantage of being young and in love. Would you give the same advice to Blake or is it TOO LATE?