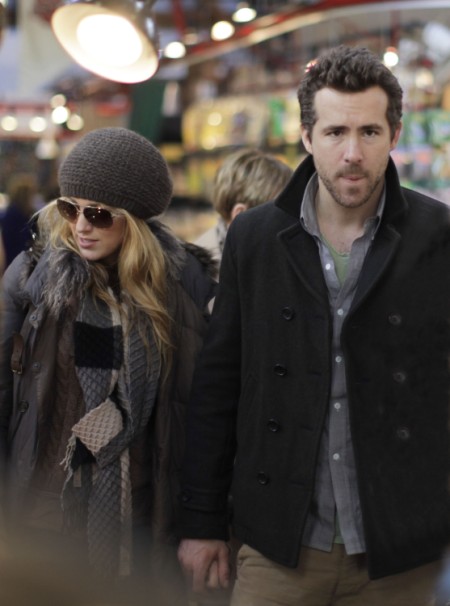 According to police officers in Bedford, New York, Blake Lively and Ryan Reynolds are man and wife. The news came after an officer was called to the house that the movie stars share when Ryan complained of being followed by a photographer. The policeman wrote up a report and continually referred to Blake as Ryan’s wife throughout!

TMZ reports that Blake’s name was redacted in the report but it is safe to assume the policeman was referring to her since Blake and Ryan had several photos taken of them during the week in question.

A section of the report reads:

All registered vehicle information was recorded in blotter. Mr. Reynolds and his wife were advised to contact Police should any persons enter their property or act in an aggressive or illegal manner while attempting to obtain photographs of them.

Sources close to Blake have told TMZ that the couple aren’t in fact married but they would do that, wouldn’t they? Policemen have been known to get things wrong though and some people are just woefully not up to speed on their celebrity gossip. Blake and Ryan are shacking up, despite his family’s warnings, but we haven’t heard anything about them planning a wedding. Ryan is notoriously shy about his personal life but I think we would have heard something more concrete by now.

But don’t you feel like it’s only a matter of time? These two are serious. They may not be married but the police officer took a look around their home and clearly thought they were. You can tell the difference between a girlfriend and a wife by checking out a dude’s house. There were obviously no overnight bags littering the living room floor. The police officer saw domestication and that’s just as important as the misleading police report.

Do you think we’ll hear wedding bells soon or will Ryan’s family get their way and convince Ryan that Blake isn’t the right woman for him?