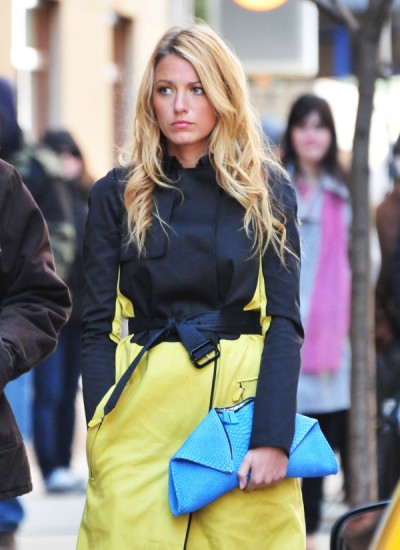 Blake Lively is up against a brick wall because Ryan Reynolds’ family is not budging in their dislike for the “overbearing and bossy” Gossip Girl star.

The National Enquirer, print edition, revealed that it’s gotten so bad between Blake and the family that Ryan doesn’t even want her to mention weddings in front of them anymore. “In the beginning, Blake cooked dinner, baked and even did Ryan’s laundry,” a source told the magazine. “He fell for her hook, line and sinker, but his family is aghast that he’s talking about making another commitment so soon. They also have lingering suspicions about Blake’s role in ending Ryan’s marriage to Scarlett. After their last visit home backfired, Ryan told Blake to stop the wedding talk. It infuriated her, but she realizes that if she wants to marry him, she’s going to have to win over his family.”

Blake and his mom had a huge row last time she visited the family because Tammy Reynolds was all gung-ho about planning the wedding and Ryan and Blake moving to Canada to raise their kids. Blake was not having it.

But now the whole family hates her because she’s focused on her career like Ryan’s ex Scarlett Johansson. “Ryan’s family finds Blake overbearing and bossy. His brothers have also told him that they think Blake is career obsessed. He’s eager for kids, but Blake has made it clear that work is her priority now And when he bought a country house for in Bedford, NY, for them to share, she immediately took control and embarked on a massive remodel. She even put him to work painting and doing plumbing repairs. She treats him more like a houseboy than a boyfriend!’

Poor Blake, she can’t win! They want her to be more domestic but think she’s a tyrant when she wants to remodel the house. She spends all this time in Canada with his family but she’s “career obsessed”. They want her to be barefoot and pregnant but she’s only 24! Maybe Ryan should date girls closer to his age if he’s feeling the need for fatherhood. I see nothing wrong with Blake. It’s not like she’s the most in demand actress in her age group (though that might change if her performance in Savages is any good). She gives up a lot of her free time to play house with Ryan in BEDFORD – hardly fast-paced, New York City living.

It’s got to be hard to continually need to prove yourself to a family. I understand they don’t want Ryan to get hurt again but being all bitchy towards Blake isn’t helping anything. It’s funny. All the words the family uses to describe Blake like “bossy”, “overbearing” and “career obsessed” are not words I would ever associate with her. She must have a really good PR team or be a better actress than I thought.

Do you think Blake deserves this treatment or is Ryan’s family getting a little too involved in the actor’s life?