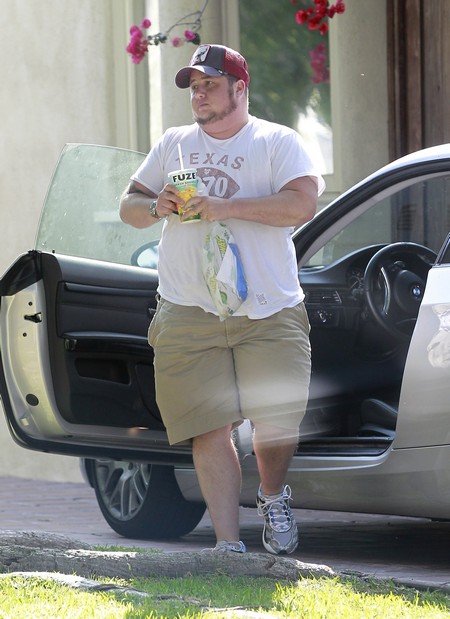 Chaz Bono is slated to star in a new Bachelor-type reality TV show. Chaz is looking for love since dumping Jennifer Elia, allegedly over her inability to control her alcoholism.The producers of the groundbreaking documentary Becoming Chaz, Fenton Bailey and Randy Barbato, who also handled Being Chaz for OWN, are behind the planned show.

Reality TV dating shows like The Bachelor and The Bachelorette do amazingly well in terms of ratings and general popularity.  There is no reason that one based upon Chaz looking for love wouldn’t be tremendously successful.  When Chaz competed on Dancing with the Stars he was hugely popular and ratings soared.  People seem to like Chaz and find his journey from Sonny and Cher’s daughter Chastity to son Chaz intriguing.

The GLOBE Print Edition, July 16 has the following story: Chaz Bono Is Game For Love – Lonely Chaz Bono is hoping to find fresh romance on a Bachelor-style dating show.

The transgender star, who was a contestant on the 13th season of Dancing with the Stars, was devastated when he split from his longtime girlfriend Jennifer Elia in December.

The daughter-turned-son of super star Cher and late singer Sonny Bono, proposed to Elia on top of the Space Needle in Seattle while he was filming for his series Being Chaz on Oprah Winfrey’s OWN network.

But Elia later admitted that since her lover started hormone treatments to become a man, Bono’s personality had become more aggressive. “The testosterone was like really machismo, and was hard to deal with,”she said.

Producers Fenton Bailey and Randy Barbato – who filmed Being Chaz and the documentary Becoming Chaz, about his transition from a woman to a man – are behind the as yet untitled show.

Chaz finds it hard in the dating world because, “people don’t know a lot about the transgender life, and because of that, sometimes there is fear,” said Bailey. So hopefully, it will be TV to the rescue.

This should be a great show if it gets off the ground.  The lovely ladies will no doubt be lining up for the chance to date Chaz on TV.

Chaz Bono, son of singers Sunny and Cher, arrived back at home in Los Angeles, California on July 3, 2012 with lunch from Subway.  Could he be attempting the Subway diet?