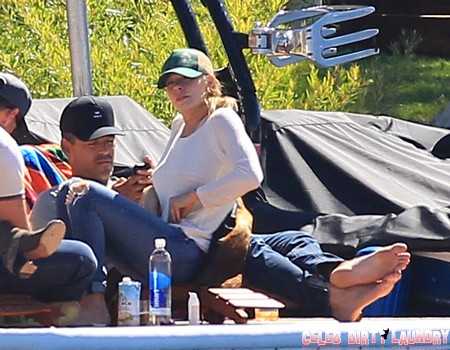 Well, now LeAnn Rime’s mental meltdown is beginning to make more sense.  Earlier today her attorney tried to say that Eddie Cibrian’s skanky wife lost her marbles over Twitter cyber bullying which seemed more than a little far-fetched. I mean, she obviously has haters, but heading off to a treatment center for that was a stretch. Tonight Radar Online seems to have a more accurate inside track and it has NOTHING to do with angry tweets from unseen haters.

“LeAnn is beyond stressed about the cracks in her relationship with Eddie and she has been really scared that he is cheating on her. LeAnn called a friend of hers a few weeks ago sobbing hysterically about Eddie going out. She was home for the weekend and he didn’t stay in with her and she was crying saying that she was so worried about what he was doing when he wasn’t with her.”

Apparently, LeAnn has been worried that Eddie has been having an affair for quite awhile and that leads me to believe that she’s smarter than I originally thought.  She and Eddie hooked up while they were both married to other people and while Eddie tried to keep things quiet, she acted like a thoughtless, selfish dingbat. She paraded herself around with Eddie, obviously not caring that the time he could have spent with his young sons was now being spent with her barnacled to his side. A smart woman would realize that if you start out as the other woman, even if you get the guy, eventually there will be another, other woman.

LeAnn does grasp this because she has allowed her career to crumble while babysitting her mans’ roving eye. It’s a damn shame too since it sounds like he still found a way to creep around on her!

Is Eddie cheating on his wife of a year?  Will LeAnn end up being Eddie’s next ex-wife?  After all if Eddie did it to Brandi Glanville then why not do it to Leann? The guy is a total douche. Tell us your thoughts in the comments below!