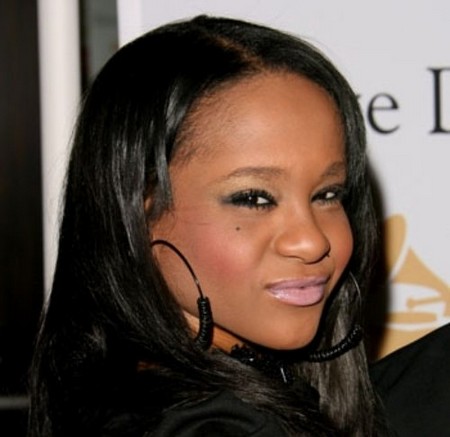 Bobbi Kristina Brown’s family and friends are terrified that she will overdose and die like her mother Whitney Houston or commit suicide.  They reportedly staged an intervention for the out-of-control teen but to no avail. Bobbi Kristina has huge substance abuse issues, is mentally unstable, and she is apparently dating her step-brother Nick Gordon – sounds pretty bad!

Bobbi K’s loved ones have been very worried about her behaviour since the death of her mother Whitney Houston in February as she has allegedly been taking prescription pills, drinking heavily and smoking marijuana to cope with her loss.  Of course this method does not work.

According to America’s Star magazine, Bobbi’s aunt Pat recently arranged for several close family members and friends to speak to her about her substance use.  Surprise, surprise, their words fell on deaf ears.

A source said: “Everyone is worried sick about Krissy … her aunt Pat got a number of her friends and family to come to Atlanta and have a serious talk with her about her sobriety. There were lots of tears, but Bobbi Kristina didn’t listen.”

Pat has even asked Whitney’s long-term mentor Clive Davis to speak to Bobbi – whose father is the late ‘Million Dollar Bill’ singer’s ex-husband Bobby Brown – about her problems in a bid for to alter her lifestyle.

The source added: “Clive keeps telling Bobbi she needs to go to rehab, and that if she does, he’ll help launch her music career. He’s doing everything he can.”

We don’t want to see Bobbi Kristina wind up like her mother – but by all accounts she is heading in that direction with quickness.