BY Renier Palland on June 11, 2012 | Comments: one comment
Related : Uncategorized 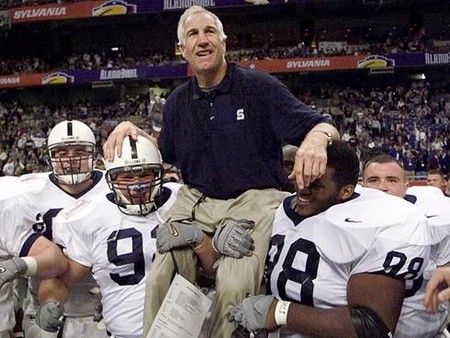 Recent shocking testimony in the ex-Penn State coach Jerry Sandusky, has been repulsive to say the least. Prosecutors described how Sandusky sexually molested 10 boys over a 15-year period, with the testimony of victim number 4 being the worst. Prosecutors have labeled Sandusky as a “predatory pedophile.”

A packed courtroom recently heard victim number 4’s testimony and how he described meeting Sandusky through the charity which Sandusky founded when victim number 4 was merely a teen in 1977. The victim told the packed courtroom how during a trip to the Alamo Bowl, Sandusky graphically attempted to force him to have oral sex, while he was taking a shower.  Sandusky allegedly threatened the victim if the victim ever spoke out about the sexual abuse and threatened him to do as he demanded. Sandusky’s wife entered the room and the attempt to force the victim ceased.

The victim also testified how Sandusky sexually abused him in the showers at Penn State Campus, but he was too afraid to ever come forward about the abuse. He touched the victim’s leg on long road trips and treated him like his “girlfriend”. The victim also ended up going to football games, where Sandusky paid for literally everything.

The victim said, “Other than the abuse, things were nice and I didn’t want to lose that.”

Jerry was an assistant coach his entire career, mostly at Penn State University, under the guidance of Joe Paterno. In 1977, Sandusky founded the above mentioned charity called, “The Second Mile”, a charity which focuses on the underprivileged and at risk youth of Pennsylvania.

Jerry Sandusky’s trial continues, with Sandusky facing up to life in prison.  What about the other coaches and adults at Penn State who turned a blind eye to Sandusky’s child abuse?  Why are they not going to jail as well?  They certainly don’t deserve to be free.  And what do you think? Let us know in the comments section.