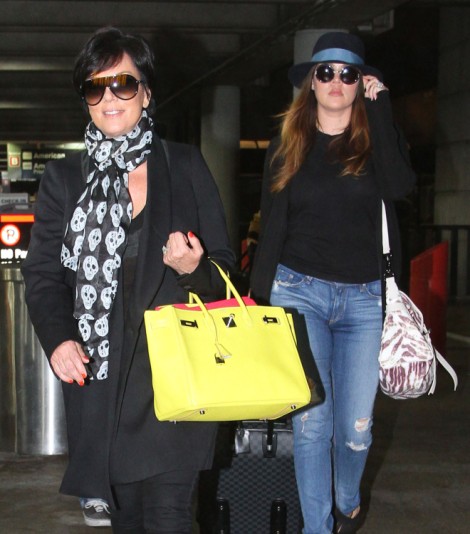 Khloe Kardashian thought she put the Who’s yo daddy questions behind her when she refused to take a DNA test but O.J. Simpson isn’t ready to give up on the idea that Khloe is his actual daughter. Although Kris Jenner has admitted to cheating on her late ex-husband, Robert Kardashian, she’s never said anything about sneaking around with Simpson. Lucky for us, Simpson, or rather insiders, are doing all the talking.

A source told the National Enquirer Sept. 17 print edition: “O.J. believes Khloe is his natural-born daughter through his affair with Kris Jenner when she was married to his buddy Robert Kardashian – and he wants to do something about it.”

Apparently OJ is so convinced Khloe is his that he’s planning to make sure she receives part of the millions he stashed away before going to prison. He’s got $2 million in (not so secret) Cayman Islands bank accounts and also will get tons more with his NFL pension.

Dang Khloe! Just agree to be his little princess and take the money! She might be thinking about it. The gossip mag also insists Khloe has reached out to O.J. in an effort to find the truth. In its July 2 issue, an insider said, “Khloe decided she can’t wait any longer, so she decided to reach out to O.J. and confront him with the pressing question: ‘are you my real dad?’ O.J. has told friends that he is Khloe’s dad and he’s never denied it when his pals have asked.”

Can you blame Kris for keeping this from Khloe? Well of course YOU can but I’m not so sure. Would you really want your young kid growing up knowing her father was different than her siblings’ dad – oh, ya, let alone a crazy killer (allegedly!)? I could see why Kris covered her tracks on that one. If this is true, what really bothers me is that Kris and O.J.’s wife, Nicole Brown Simpson, were best friends. They went on vacations together and, to this day, Kris can’t talk about Nicole without getting choked up. I don’t condone it, but I understand cheating on your husband. I do not understand cheating on your husband with your best friend’s husband. That’s low and gross. I hope O.J. doesn’t turn out to be Khloe’s dad. Then she’d have two sh-t parents instead of one.

Do you believe O.J. is Khloe’s father? Considering all the players in this game, would you want to know the truth?