Report: Steven Tyler Hated American Idol And Only Did It For the Money 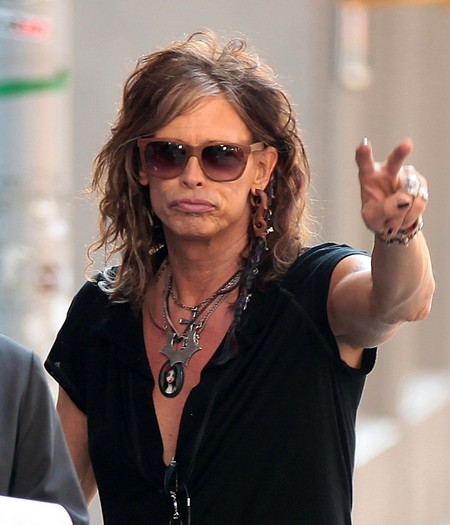 Steven Tyler left American Idol a few weeks ago and while many fans of the super popular television show mourned the loss of Tyler, many critics were overjoyed. Tyler hasn’t been the best judge in the history of Idol. He has been labeled as “too soft” and “not ever making sense really”. He has attempted to be poetic in the delivery of his judging lines, but it has felt contrived and counterfeit. He isn’t a bad guy; he just wasn’t a superior judge.

Tyler recently revealed that American Idol wasn’t all fun and that he only did it for the money. Well, we sure as hell don’t believe he did it to save hungry African kids in clay huts and flies on their faces. He admits that he only agreed to sit on the judging panel for the cash and to have the storm blow over after announcing to his band, Aerosmith, that he was planning a hiatus.

He tells Rolling Stone magazine, “It was something to do while the storm blew by, to be honest… not my cup of tea. I loved it and hated it. It was a great job, I sat next to J.Lo and I made a ton of money. It was a moment in life and it became larger than life.”

Tyler also admits that the workload was too much and that the producers nudged him on to become meaner. He says, “It was just hard work – seven-hour days and then I went and did the (Aerosmith) album for eight hours after that. The show’s about kids and what you do to nurture their talent. They wanted to me to take the piss out of the kids and I don’t have that in me. That’s not what I’m about. That’s more about that other guy (Cowell). Not me.”

We bet Tyler wasn’t all about nurturing kids when he checked his bank balance after the season?

Dude, if we were paid a ludicrous amount of money for sitting on television each week and thinking of new ways to judge singers, we would have been meaner than an old lady who likes Petula Clark stuck at an Aerosmith concert. No, we’re joking. It isn’t always about the money – it’s about the smell of the money when it is withdrawn from your bank account.

Let us know in the comments below what you thought of Steven Tyler’s judging abilities, will you please?