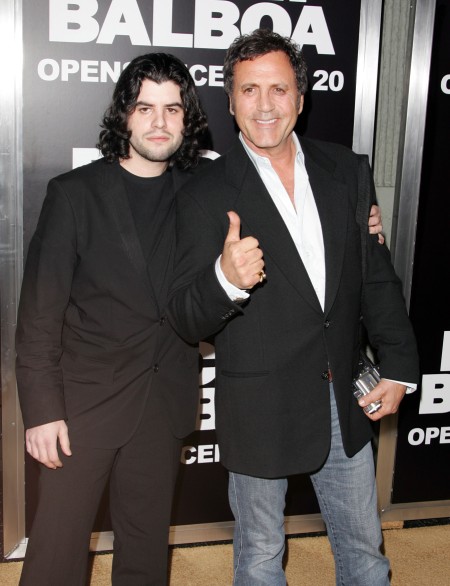 The mystery behind Sylvestor Stallone’s son Sage Stallone’s death continues to unfold as TMZ reveals authorities found suspicious bags containing white powder in the room where Sage died. Law enforcement officials are currently testing the powder and have suggested it could be cocaine or crushed Vicodin.

TMZ has already confirmed that no white powder was found on Sage’s body when he was found. In addition to the baggies, police are also confirming that Sage’s room was littered with around 60 “huge, empty” prescription bottles, “like the ones in pharmacies”. The bottles have been identified as having been filled with Hydrocodone, a generic form of Vicodin.

This news is sure to add fuel to the fire that Sage overdosed on prescription medication. There have been conflicting reports with Stallone’s lawyer, George Braunstein, insisting the actor’s son’s demise was a shock and that there was nothing dark or depressing going on in Sage’s life. TMZ, neighbors and sources close to Sage have adamantly disputed those claims saying the actor had been pretty messed up for awhile. Check out our previous story for more detailed, disturbing info on that.

How can Stallone’s people explain all the pill bottles? Sage’s mom, Sasha Czack, has tried blaming the medication on the fact Sage had five teeth removed a couple weeks ago. She told The New York Post, “I told him not to do that. I’ve heard about people dying having multiple procedures done to your mouth. Do not have more than one tooth [pulled].”

I understand how a family doesn’t want to believe its son had problems but that’s a pretty pathetic excuse. He wouldn’t have all those bottles for five teeth and he certainly wouldn’t have them if he was mentally stable. You don’t go out and obtain 60 bottles of Hydrocodone overnight.  But that’s the curse of being a celebrity, Stallone nor his ex-wife should have to explain any of this. They should just be able to bury their son in peace and deal with the shattering heartbreak like normal people. But maybe it’s ego or conflicting emotions such as shame, love, and embarrassment because they are making excuses. It’s sad. It’s a sh-t situation.

I doubt Sly has his head wrapped on tight enough to deal with the media properly, let alone deal with his oldest son’s death, but sooner or later the actor is going to have to respond to the incriminating evidence. It’s the nature of the beast for someone in the spotlight but I have to think it would be easier in the long run if he and his ex wife stopped with dentist stories.

Do you believe the latest news is pretty fool proof that Sage was abusing prescription medication and other drugs? You know the media is going to keep hounding him so do you think Sly should address it in the hopes the frenzy will die down or do you contend he shouldn’t have to?