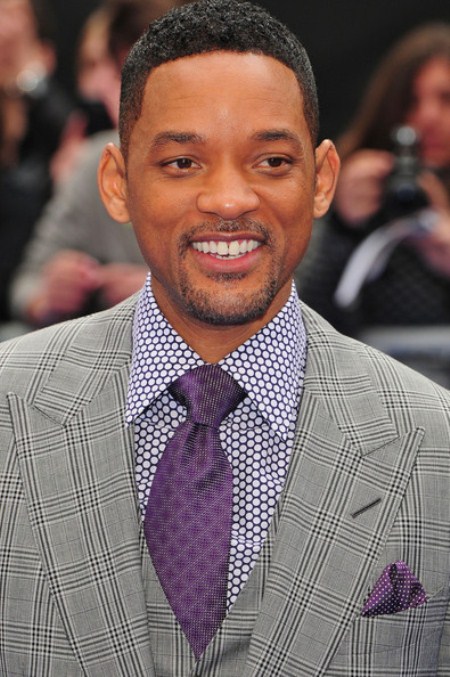 Will Smith may be a clean cut family-man now, but back in the day, he gave a hardcore gangster style beat down to a record promoter that nearly left the man blind. Smith may have thought he’d put this shameful incident behind him, but Radar Online has unearthed his mugshot for all to see! And let’s not forget how Will attacked a friendly reporter recently – was that the real Will rearing his ugly head?

Back in 1989, Willard Smith was a rapper partnered up with DJ Jazzy Jeff and not yet a blip on the TV or movie screen. His star-making TV premiere as the Fresh Prince of Bel-Air was a year away. Will was just 20 and still living with his folks back in Philly.

Will may have scored an Oscar nomination for his turn as Ali, but had someone else deliver the punches for him that triggered the criminal charges. Smith was arrested June 6, 1989 for allegedly ordering his bodyguard “Charlie Mack” (Charles Austin) to deliver a brutal beat down on record promoter William Hendricks. The assault happened at the WDAS-FM radio studio and left Hendricks with a severely damaged eye socket that could have blinded him.

Smith spent the night in jail and was charged with aggravated and simple assault as well as conspiracy. During his short-lived jail stint, he was hounded by fellow inmates for autographs. The charges were later dropped, but that may have been more a matter of politics than an indication of Smith’s innocence.

His initial lawyer on the case, Walter M. Phillips, Jr., was running for Philly DA at the time but later had to drop the Fresh Prince as client saying, “I don’t think it’s in his best interests for me to continue.” Phillips was criticized by then DA Ronald D. Castille for trying to head off Smith’s arrest by leaning on DA staffers.

Phillips wasn’t able to stop the MIB star’s arrest, but was Smith’s burgeoning fame and the political influence of his attorney the reason the charges were ultimately dropped?

Smith addressed the assault charge in a 2005 interview saying, “It wasn’t my fault. That’s what they all say! But it wasn’t my fault. This is back in Philly. One of my buddies beat up this dude, and I was there. That’s my story and I’m sticking to it.”

He may be sticking to that story now, but back in the day the evidence was clear enough to trigger an arrest warrant, mug shot and see the star hit with a Hitch in the pokey wishing for his Independence Day!