Reporter Kisses Will Smith And Gets Slapped In The Face (Video) 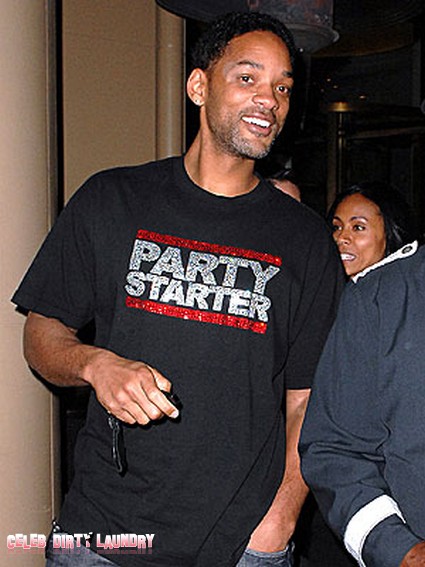 A Ukrainian reporter kissed Will Smith and got slapped in the face for his affection.  Apparently Will is a little too sensitive about those rumors that he is gay.  The hapless reporter tried to kiss Will on the mouth but Will turned cold on the dude and whacked him.

Was the reporter being friendly or obnoxious?  Apparently Will thought the Ukrainian was not being hospitable as his reaction on the video below shows.  The reporter has a reputation for kissing celebs – and now he’ll have a rep for getting slapped by Willy.

What’s wrong with Will anyway?  Is it all that CO$ he’s been inhaling?

Will Smith just slapped a Ukrainian reporter across the face at the Moscow premiere of “Men in Black 3” — and it was all caught on tape.

The Ukrainian reporter tries to kiss Will on the lips on the red carpet and the actor angrily pushes him away and then backhands him across the face.

You can clearly see that Will is incredibly pissed that the guy showed overt affection toward him.

After Will slaps the guy, Will says, “He’s lucky I didn’t sucker punch him.”

We’re told the dude who kissed Will is a television reporter who often kisses celebrities — it’s his schtick.

For the record, Will just came out in support of gay marriage.

A source on scene tells TMZ, the reporter’s mouth brushed up against Will’s and that’s why the actor reacted so violently. Despite the incident, Will stayed positive … and happily continued to sign autographs for fans and do red carpet interviews.

Hopefully the reporter will sue the rich pants off of Will.  There are concepts to apply in the case such as ‘justifiable force’ and ‘proportional response’ and Will overreacted in this instance.  Was he worried that the reporter would rape him?  Let us know what you think in the comments below.