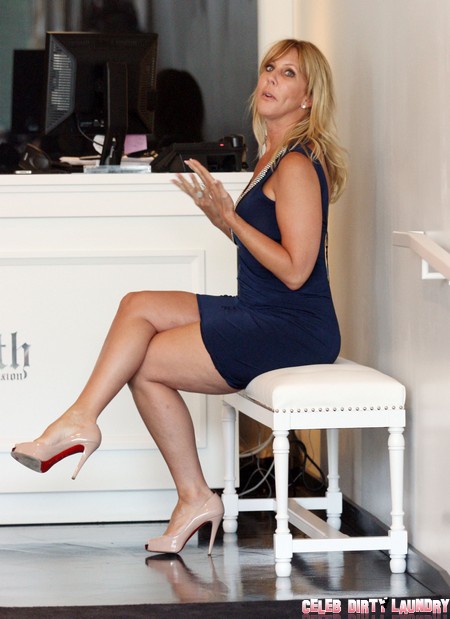 Where there’s smoke, there’s usually a fire, especially when it comes to the ladies from The Real Housewives of Orange County. According to Slade Smiley (Gretchen Rossi’s deadbeat boyfriend of 3 years), Vicki Gunvalson has been cheating on her main man, Brooks Ayers, and that she admitted to everyone that she hooked up with some random guy while vacationing in Cabo.  Slade also claims that it’s really no longer a secret that Vicki has a history of infidelity, in spite of her grand standing about love and loyalty!

“It has just recently come out that Vicki has had many relationships with other men since day one. We’ve all known it, we’ve talked about it outside the show, but Bravo has never really focused on it or chosen to air any of that content,” he said. “Her own daughter [Briana] even confirmed that while she was doing her phony renewal of her vows two years ago with Don on the beach, Brooks was busy texting her at that time.”

Vicki did admit in one of the Reunion shows that she and Brooks were close for years and her daughter’s reaction pretty much indicated that they were having an affair. Her ex husband, Don, was at least well liked.  If she could cheat on him then betraying a douchebag like Brooks has to come easily. He is a deadbeat father and truly appears to have latched onto Vicki for the perks and fame that she brings him.  Her kids hate him and her friends don’t like or trust him at all.  I can’t quite wrap my head around why she has even paid attention to him let alone pay for his car, his teeth and his wardrobe!  Of course Vicki’s rep issued a statement to Radar Online denying Slade’s claims,

“Vicki will not comment about her private life – and to either confirm or deny any information that may have come from Slade Smiley is not something of concern or interest to her.  Vicki gets that the fans want to know about her – and she gets that Slade has his own show on the radio. It is natural for him to talk about her. Vicki understands that and always wishes him success. Vicki wants Slade to achieve great success and will help him in every way she can,” her rep said.

So the question is, did Vicki cheat on Brooks?  Better yet, will Vicki leave Brooks and clear her path to a better guy?  Tell us your thoughts in the comments below! 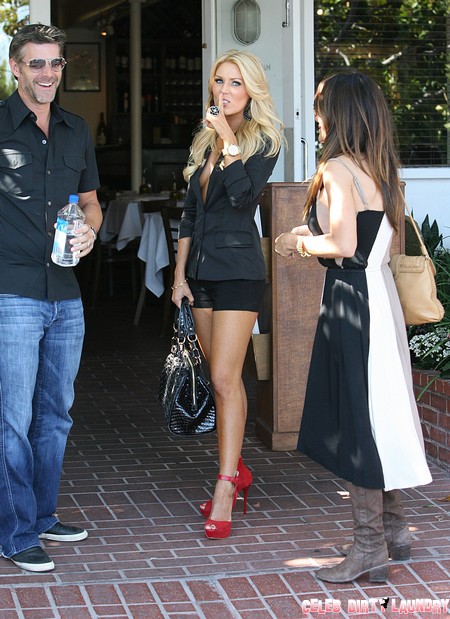