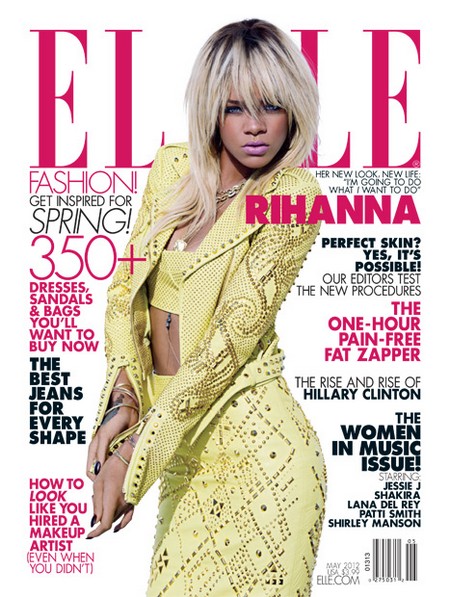 Rihanna won’t stop seeing her ex-boyfriend Chris Brown just because he beat her up and other people don’t approve of her continued relationship with the bully. Rihanna has attracted lots of criticism since she started getting together again with the 22-year-old convicted wife beater.  Following Chis’ brutal assault of Rihanna in February 2009 one would have expected Rihanna to avoid the creep.  But obviously Rihanna is more kinky and twisted than we expected.

For sure Rihanna is no women’s rights advocate – she even recorded the track ‘Birthday Cake’ with Chris.  Rihanna doesn’t expect her fans to understand her decision but she remains adamant that it is hers to make.

Rihanna said in an interview with the May issue of Elle magazine:   “I respect what other people have to say. The bottom line is that everyone thinks differently. It’s very hard for me to accept, but I get it.”

Rihanna now believes the incident in 2009 – which left her bloodied and bruised – actually liberated her.  The girl obviously has more than a few screws lose…

Rihanna says the best thing about dealing with the attack and the aftermath was that she realized she shouldn’t be ashamed about anything in life.  Has Rihanna ever been ashamed of anything?

Rihanna explained:  “It (the assault) gave me guns. I was like, well, f**k. They know more about me than I want them to know. It’s embarrassing. But that was my opening. That was my liberation, my moment of bring it. I wanted people to know who I am. Whatever they take that to be, good or bad, I just want them to know the truth.”

“I have more freedom the more people know about me. It’s like, one less skeleton in the closet, one less burden, one less secret; now you know that, so you can say what you want about it. I don’t have anything to hide.”

Whatever Rihanna says she should be careful – next round with Chris she might not come out looking as good.