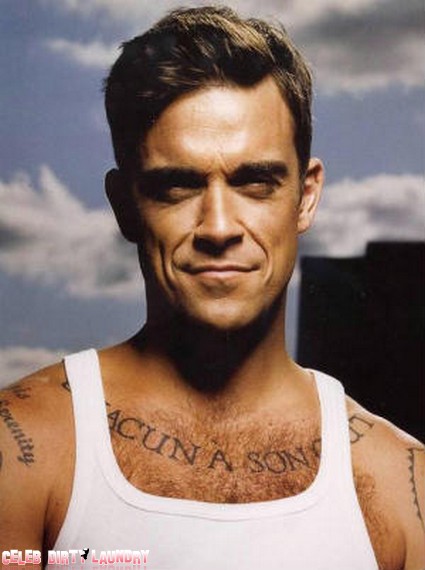 What do Robbie Williams and Michael Jackson have in common?  The British singer has his eye on the swanky estate where MJ was living when he died in 2009. So Robbie could soon be sleeping in the very room where the King of Pop passed away two and a half years ago.

According to TMZ...he was the first prospective buyer to have a look at the massive property in Holmby Hills when it was listed again last week. He was spotted on North Carolwood Dive checking out the estate on Thursday. We know he’s serious about purchasing the property because you have to pre-qualifiy for a look inside. In other words – you have to prove you can afford the $23.9 million dollar price tag and you’re not just having a sticky beak.

Robbie – who currently lives in Beverly Hills – can definitely afford a pad like this. He’s worth almost $150 million. After leaving boy band Take That in the mid 90s he enjoyed major solo success and had several number one hits. So he’s loaded. He could write a check for this without blinking.

So what do you get for $23.9 million? Apart from bragging rights that Michael Jackson once lived in your home….you get 17,000 square feet of luxury with 7 bedrooms, 13 bathrooms, 12 fireplaces and a completely private garden and pool just minutes from Rodeo Drive and the Sunset Strip.

MJ moved into the home in 2008. He never actually owned it. The Peter Pan of Pop rented it from the head of fashion label Ed Hardy. It’s now dubbed the ‘Michael Jackson death house‘ because the superstar passed away there in June 2009.