Robert Kardashian Got Girlfriend Rita Ora Pregnant While She Was Cheating On Him! 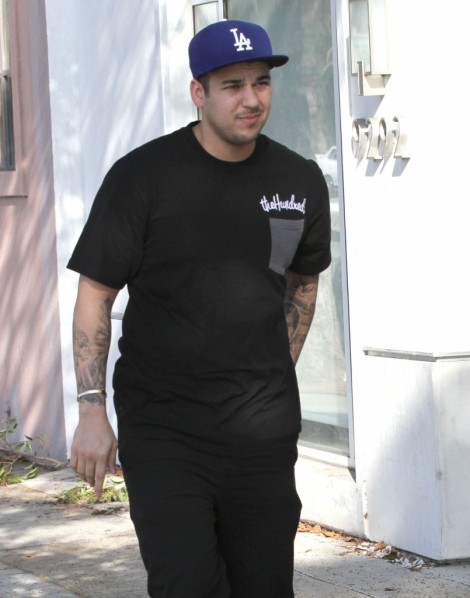 Before deleting it he tweeted, “So you let me get you pregnant and you let others hit raw?” That sounds pretty cut and dry to me.

It all started yesterday when Rob was in a particularly dark mood and went after Ora with a vengeance. He wrote a series of tweets including “She cheated on me with nearly 20 dudes while we were together… But I mean 20?!!!!”; “How can a woman who is so busy trying to start her own career have time to be with so many dudes while in a relationship?!”; and my personal favorite: “Respect thyself…. When a woman cheats on you with one man I can live with that. People make mistakes, trust me. I have forgiven numerous times….”

So… you’re saying you’re a little b-tch who gets cheated on a lot? Now I know why. The pouting is at a Justin Bieber-type level.

Look, I’m not saying Rob Kardashian shouldn’t feel hurt. Ora made an ass out of him if those  numbers are to be believed. Only why tell the world she made a chump out of you? And why mention a pregnancy? Rob obviously wanted to make Ora look like a dirty slut (it worked) but he also made himself look like a pissy child. It was lose/ lose though I’m not sure he cares that much. He caused some damage which was the plan all along.

Do you believe Rita Ora cheated on Rob Kardashian? Did he really get her pregnant or is he just trying to make her look bad?