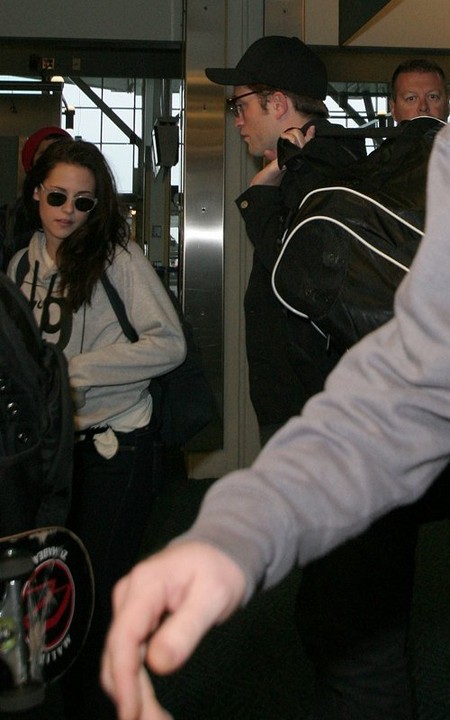 Both Robert Pattinson and Kristen Stewart have spent quite a lot of time in Canada together filming pretty much all the Twilight films. The cast and crew have called Vancouver, British Columbia a home away from home for the past few years off and on as the wonderful and picturesque landscape is perfect for replicating the fictional town of Forks where the story takes place.

While filming for the last film, Breaking Dawn Part 2, ended a little while back (a tear just rolled down my face) the cast and crew were called back to the majestic city for some re-shoots.  Don’t worry fans; director Bill Condon assures us that no major redo’s were being shot.

“A film is a lot like a puzzle, with each piece — each shot, no matter how brief — needing to fit exactly with the ones around it. Our Part Two puzzle is finally coming into full view, and in a few weeks we’ll be heading back north to pick up some additional shots — the last tiny missing pieces. We’re not shooting any new scenes or dialogue, just some technical work with some of our cast and stunt actors.”

I shall now breathe a sigh of relief – don’t mess with my Edward and Bella Bill!  Both RPattz and KStew were spotted leaving the Vancouver airport this morning attempting (yet unsuccessfully) to go unnoticed.  Rob donned his usual baseball cap and shades while Kristen had on a big grey hooded sweatshirt and her trademark skinny jeans.  Breaking Dawn is set to hit theaters this November – it can’t come soon enough.