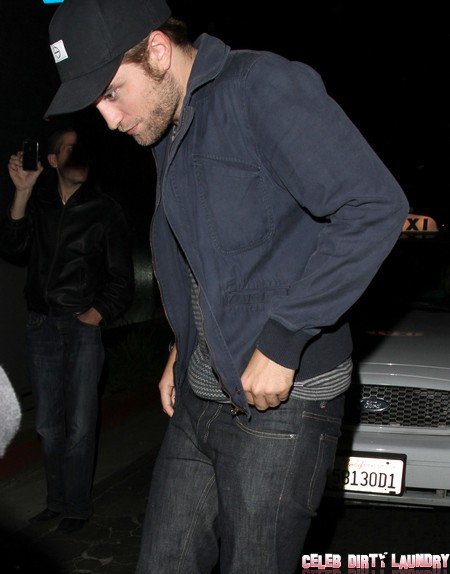 Has Robert Pattinson finally caved and decided to contact his cheating/lying/horrible girlfriend Kristen Stewart?  According to inside sources he has.

A close pal revealed to the mag that Robert has been drunk dialing Kristen after ignoring her for the past 2 weeks upon hearing the devastating news that she had cheated on him with her Snow White and the Huntsman director Rupert Sanders.

Kristen, for her part, has been hiding out – no doubt completely embarrassed over the pain she inflicted on (my boyfriend) Rob.  Close friends of Stewart say she is devastated and wants to get Rob back.  Don’t you think you should have thought about that before you decided to go behind his back and completely humiliate him?

The source says that Rob has turned to booze to heal his pain – well who the heck wouldn’t?  His friends are apparently doing everything they can to pull him out of his slump, hoping that he doesn’t go back to her.

And as for him texting and drunk dialing, we’ve all been there.  Let him deal with his pain the best way he knows how all right people?  All I can say is Rob – if you ever need someone to drunk dial I am here for you.  Always.  And forever.  I’m serious.