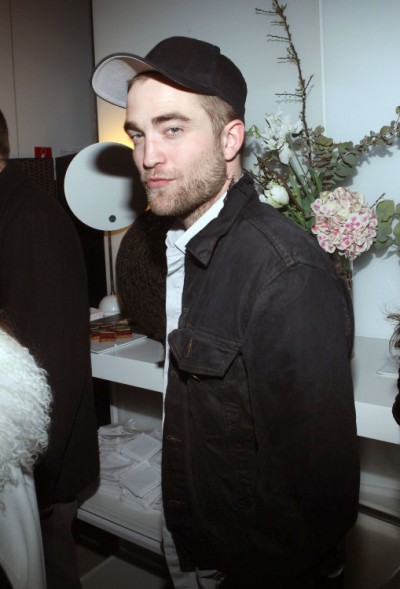 Contrary to popular belief, Robert Pattinson and Reese Witherspoon are not couching at her Ojai mansion sympathy eating pickles and ice cream while the Olympics play non-stop in the background – although that sounds pretty awesome. Nope, Rob’s friends are not letting him go down like that. The Twilight star, who is reportedly still reeling (and furious) with Kristen Stewart since she cheated on him for all the world to see, was spotted taking in an indie music show with some friends over the weekend at The Deer Lodge in Ojai and sources say he didn’t look all that beaten up.

“I’ve been told by several people that Robert Pattinson was here enjoying the music with his friends. He seemed in good sprits,” a Deer Lodge employee, who asked that his name not be used, tells RadarOnline.com. “I wasn’t on that night so I didn’t personally see him, but several others did.”

As RadarOnline.com reported, Pattinson has been staying at his Water for Elephants costar Reese Witherspoon’s Ojai ranch.

The Deer Lodge has been a popular local hangout for decades, offering live music, dancing and lots of beer and good times.

“Awesome night in Ojai. Got to hang with a rowdy bunch of Brits & one of them happened to be Edward,” a fellow patron tweeted after bumping into the star – who plays Edward Cullen in the popular Twilight movies – at the lodge.

“He wasn’t moping and the girls were definitely just his friend,” she continued. “The girls were drunk and literally danced on the floor.

“The girls were nice. I stood next to them at the bar. He wasn’t drunk. Just taking in the scene. Smoked next to him outside.”

How funny is it that the source referred to Rob as Edward? Way to kick a guy when he’s down! Still, this is encouraging news for all you Rob fans out there who’ve been worried over his broken heart and MIA status. I’m quite proud he wasn’t fall down drunk and belligerent although he could have been and he’d still be faring better than Kristen. Word’s out that she’s hiding at Giovanni Agnelli’s place and is punishing herself with loads of crying fits and lack of showers.

So this little foray out into the living is positive for us gossip lovers. It shows Rob isn’t going to lie down and let Kristen walk all over him. And more importantly, it shows that Rob’s friends aren’t going to let him just go back to her right away. Because you know he wants to. She’s familiar and safe but her actions just happened to be selfish and foreign. Hopefully Rob’s friends can keep him entertained and away from her until he figures out what he wants to do. Too much alone time breeds loneliness and loneliness only makes you desperate for your ex. I don’t know about you, but if Kristen wants Rob back, I kind of want to see her work for it a little while longer!

What do you think of Rob’s partying? Is it too soon or is getting out with his friends just what he needs at the moment?