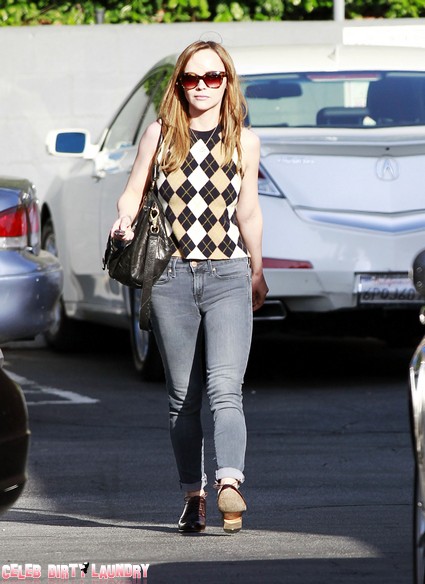 Christina Ricci has come right out and said that Robert Pattinson is a “good kisser” and the older actress doesn’t seem concerned if this makes Kristen Stewart jealous. The 31-year-old Christina performs kissing duty with Rob in their new movie ‘Bel Ami’ and according to her it was a welcome job! How can Kristen feel when she hears this?

Christina said that she found Rob “lovely” to work with because of their shared sense of humour – and all that good kissing of course… .

Christina said: “Everyone keeps asking me how it is to kiss Robert.  He’s a good kisser. And I’m not being nice. It’s just like that.  He’s always the kind of guy that you can look at and go, ‘Oh God, this is uncomfortable.'”

“And he’s really lovely to work with, especially in those kinds of scenes because he’s so quick to laugh at himself – and me.  He’s very self-deprecating, as am I.”

It must be difficult for Kristen, dating the world’s most desired man, or at least one of them. While Kristen is a nice looking woman she is not in Rob’s league in terms of mass adulation. Will this come to be an issue in their relationship? Kristen doesn’t have thousands of men hanging around trying to sleep with her – the way Rob does women ( and men!) – nor does she have actors telling the world what a good kisser she is.

Of course their remains the possibility that Kristen doesn’t get jealous because her romance with Rob is a showmance – that they are a ‘couple’ just to help promote the ‘Twilight’ franchise. No doubt that the off-screen romance between Rob and Kristen has gone a long way towards helping the ‘Twilight’ business to prosper. Only in a year or two – after ‘Breaking Dawn Part II’ has shot its load, so to speak, will we know the truth. Hollywood operates just like big business because that is what it is. Only when there is no longer a serious economic incentive for Rob and Kristen to be ‘in love’ will we know the truth.