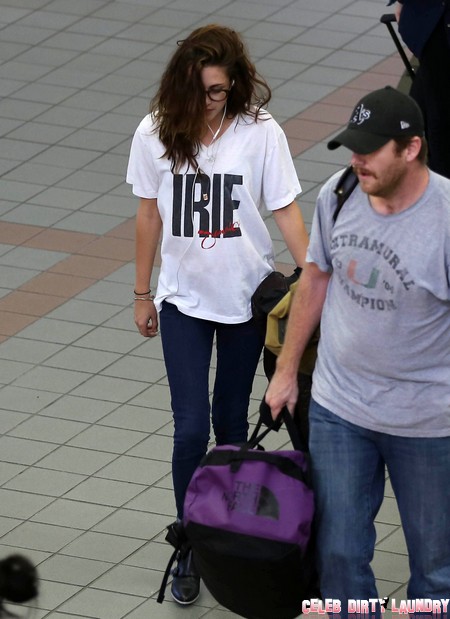 Oh golly gee, the sweet and enchanting smell of vulnerability has been exuding from Robert Pattinson ever since his break-up with Kristen Stewart. Robert is one of those rare actors who find themselves comfortably stuck between blockbuster films, an out of control private life and quickie success. This is, however, a recipe for disaster when you’re in Hollywood.

According to Hope Carson over at Celebs Gather, “Rob isn’t acting like a diva. He’s being treated like one. Although Pattinson has never allowed himself to slip into the diva-esque mind-set manifested by many celebrities, Hollywood has been treating him with kid gloves since he and Kristen Stewarts parted company.” Why can’t we just Fed-Ex the poor Pattinson to a mental institution and write “fragile” on the side of the box?

Pattinson has been revamped after his break from Kristen and most insiders do pirouettes around him to not make him feel any more uncomfortable or awkward. According to an insider, “He will travel separately from his co-stars, in private jets and five star hotels. Everyone else will be treated as supporting cast – especially Kristen.” We’ve said it before and we’ll sure as hell say it again, karma is a bitch, isn’t it Kristen? Now you’re stuck in economy class with McDonald’s loving babies and their ever colourful spittle.

What happens when your icon’s heart is broken? Well, you grab the vampire by the fangs and send love letters, which is exactly what Pattinson’s fans have done. According to an insider at William Morris, “Robert Pattinson and Taylor Lautner get more mail than everyone else, but since Robert’s split from Kristen Stewart, his mail has increased tenfold.” Those letters must be filled with perfume and bikini shots, right? Right? Luckily, Taylor Lautner hasn’t lent out his abdomen for fans to boil their eggs on, because that would be the funniest story since Lindsay Lohan’s birth.

Let us know in the comments below if you think R-Patz is a diva or not.