Robert Pattinson Refuses To Do Any Twilight Promotion With Kristen Stewart 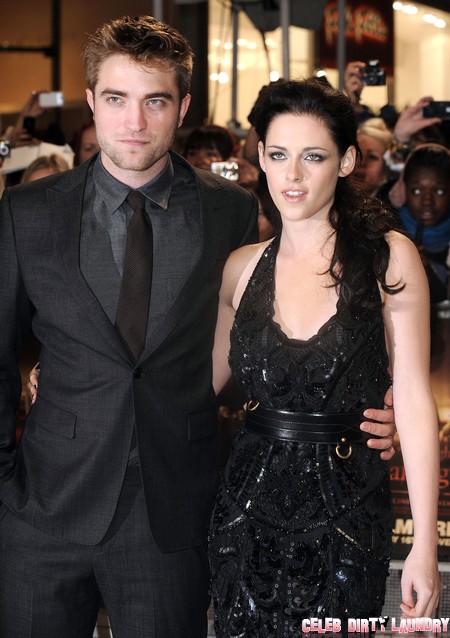 After news broke that Kristen Stewart had an affair with Snow White and the Huntsman director Rupert Sanders, Twilight fans across the world empathized with Robert Pattinson, the cheeky British boy we fell in love with in Harry Potter, who stole our hearts in Twilight, and who had his heart broken (???) by his home wrecking, unsmiling, longtime girlfriend Kristen Stewart.

Yes, yes, we’re all happy that Robert is on the market again, but K-Stew certainly had some nerve to not only sleep with a married guy with kids, but to dare Edward Robert’s fans to defend their favorite sparkly vampire.

The real problem here isn’t the hearts that were broken, the families who were torn apart, or the fans who write their paycheck. No, the most disturbing thing about this affair is that it may affect the Breaking Dawn promotional tour.

You heard me, people. We are hearing that Robert hasn’t signed any contracts to do promotional work for the upcoming release (which typically includes multi-continent appearances at premiers and interviews with cast mates), but a source recently reported to the New York Daily News, “[The studio is] prepared for the fact that Rob might not want to, since he hasn’t committed to anything yet.”

So what is the alternative to having Taylor Lautner, Robert Pattinson, and Kristen Stewart touring together?

Easy! Replace K-Stew with Ashley Green! They even sort of look the same, and Ashley’s personal hygiene and charisma are sure to make fans forget about their favorite emotionless robot.

Entertainment Wise reported that, “Other stars will be relied upon to fill the void if the couple have to attend separate premieres, or refuse appearances completely with Kellan Lutz and Dakota Fanning playing a more visible role in promotion.”

Hey, now. Don’t be upset. Really, if you had to pick between the underfed body of unwashed Kristen Stewart (who, among other things, lacks basic motor skills), and totally ripped sex-god-on-earth Kellan Lutz—seriously, he should play Thor’s kid brother in Thor 2—we both know who the winner would be.

You could spread Kellan on toast, for Christ’s sake.

Well, I have to predict that Robert’s acting career is brimming with potential, while Kristen has already experienced all the success she’ll ever find in life. I hope that she stays under her rock and let’s Robert go for the both of them. Then she can never be seen again, and Robert can go on to earn an Oscar.

Would you be sad to see the tour disrupted? Should Kristen pretend to be sorry and stay at home?