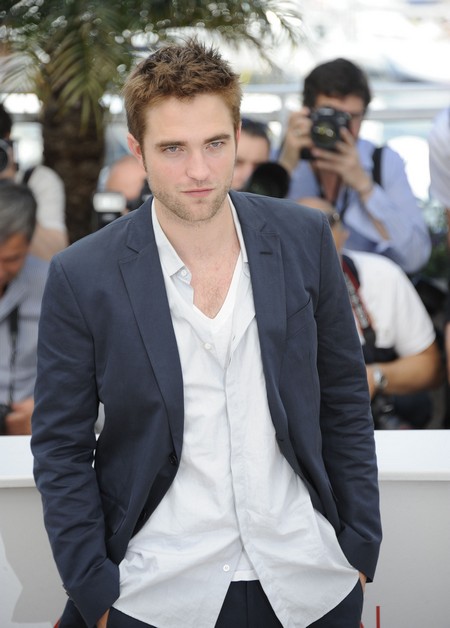 A heartbroken Robert Pattinson has not yet publicly spoken about what Kristen Stewart did to him, but a close friend of the actor says Robert did not just lose his girlfriend, but he also lost the girl he wanted to marry. Wow, we never knew we would be able to cry like this… Please hand the buckets?

Us Weekly reports that Robert “wanted to spend the rest of his life with her”, but the cheating bitch broke Robert’s heart like an empty jar in the hands of a gherkin addict. If you have been on a McDonald’s eating binge and haven’t followed the news, Stewart cheated on Rob with her Snow White and the Huntsman director Rupert Sanders, who is a married father of two.

Stewart issued a publicly apology which no-one believed and was spotted two days after the news broke, brushing tears from her face. Should we feel sorry for her? Nuh-uh!

Stewart released a public apology after the debacle and said, “This momentary indiscretion has jeopardized the most important thing in my life, the person I love and respect the most, Rob. I love him, I love him, I’m so sorry.”

Bitch, please, your public apology sounds like a note written by an OCD publicist who just finished a jar of hand sanitizer.

Pattinson packed his bags and left Los Angeles and his heart behind. A source told People magazine that Pattinson is “heartbroken and angry by the betrayal and has not been in contact with Stewart since the news broke of the affair”.

The insider added that “Kristen really loves Rob more than anything. He’s all that matters to her right now”.

Robert Pattinson allegedly planned to marry Kristen just before the news of the affair broke. The rumours were not just on the blogosphere, but also in almost every major media outlet across the world. In true Stewart fashion, she sliced and diced Rob’s heart like Gordon Ramsay dices a piece of raw meat on a bad episode of Hell’s Kitchen.

Does this story also leave a horrible and repugnant taste in your mouth? If only our Kristen Stewart poster had any place left to pierce with our butcher knife…  had Robert Pattinson proposed it would have been even worse.

Good luck with your career Kristen, and remember, what goes around, comes around!