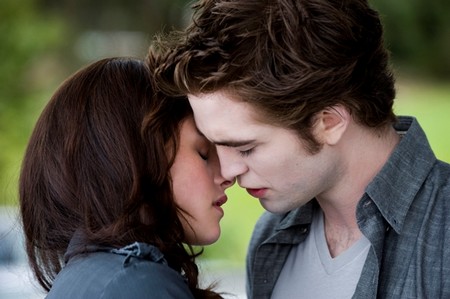 Kristen Stewart, Robert Pattinson and the director of the Breaking Dawn Part 2, Bill Condon, were recently interviewed by SFX magazine about the most touching part of the series, the tough physicality of the films, and what the future of a Twilight star looks like.

According to Pattinson, the most touching part of the whole series was in the first film. He said about this real and spontaneous scene, “In the first one when Bella is in the hospital and she says, ‘Don’t ever leave me again,’ and I say ‘Where am I going to go?’ I still think that is my favorite scene, maybe because we made up the lines. In every film afterwards, that was unheard of. Everyone was so militant, like, ‘It has to be from the book.” We cannot help but wonder whether Stewart said this same line to Pattinson when he dumped her for being a cheating bitch? We know they’re currently not real and spontaneous with their fictitious reconciliation, but hey, what are two of the hottest actors in the world to do when Summit Entertainment breathes down their neck with lawyers and torture?

Pattinson revealed that the fighting scenes weren’t tough, even though he was out of shape. According to him, “For film fighting, you don’t have to be fit, because it’s not really like normal fighting. When you’re throwing a punch, it’s got to be so huge, most people who actually box are used to keeping it tight.” The only irking part of the action sequences was the wire “stuff”, used to elevate the actor/stuntman to create insane fighting/flying/vampire effects. “You look at these $10 million sequences where they’re using so many wires and stuff, it’s boring. It’s nothing. I don’t understand,” said Pattinson.

In an ironic answer, when Pattinson was asked what he would miss most about the franchise, he said, “There’s something incredibly familiar about it where you know everyone, which is the antithesis of what you normally have on a movie set. When you know people – it’s pretty nice. But then again, one of the greatest things about acting is that you can leave everybody behind!” Yes, Pattinson, you should have done that with Stewart! You should have left her behind and moved on to a land of unicorns.  Stewart, on the other hand, described Bella as “sometimes unsteady, and desperate and stumbling.” Was she referring to her own personality? Did method and real-life mix? We all know Stewart is slightly unstable, but hey, no Hollywood actor is all there, right?

According to Stewart, the ultimate compliment is the fact that people will have a hard time seeing her in other parts after the Twilight franchise is done and dusted. Unfortunately for Stewart, we’re having a really hard time seeing her in a different light, ever again. This fast food actress might bow out of the Twilight franchise very soon, but we’re still unsure as to what her future might hold.

Breaking Dawn Part 2 will be the film release of the decade, but with all of the controversy surrounding Pattinson and Stewart, the beauty of cinema had to take a backseat. The film has already been touted as a record breaking event, with millions of Twi-Hards already planning their popcorn munching drool escapades to the mall. Where will you be upon the release of the final Twilight film? Hopefully, you will be neatly tied to your living room carpet by your teenage daughter. Don’t fret, you won’t miss much. 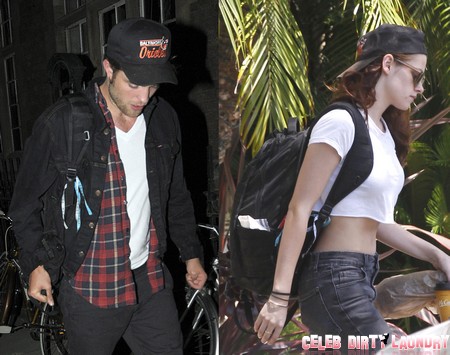