Robert Pattinson Sleeps Around On Kristin Stewart In His New Film 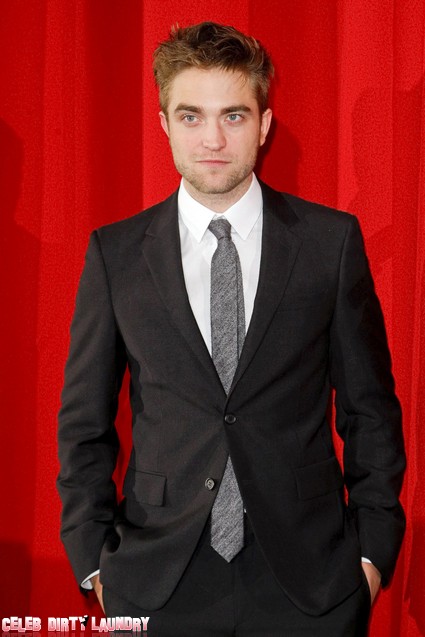 Robert Pattinson might be loyal to his girlfriend Kristen Stewart but he jumped at the chance to get into the sack with plenty of hot women in his new movie, ‘Bel Amis.’ Rob and Kristen might be Hollywood’s second cutest couple, after Justin Bieber and Selena Gomez of course, but the ‘Twilight Saga’ star was just a little bit too eager when he was offered the opportunity to play the douche Georges Duroy. As George, Robert got to have pretend sex with the likes of Uma Thurman, Christina Ricci, and Kristen Scott Thomas.

Rob spilled to the The Herald:  “There are lots of attractive women in the film. Christina Ricci, Uma Thurman and Kristen Scott Thomas … And I sleep with all of them!  “The thing that stands out in the story in ‘Bel Ami’ is just his behaviour – the women that he manages to screw over are all attracted to him to begin with and so he starts having affairs with them and destroys their lives afterwards. That’s kind of nuts.”

Sounds like a version of Kim Kardashian with her string of battered and bruised men.

Robert says that he enjoyed playing a character who is the polar opposite of vampire Edward Cullen, who has an old fashioned view of romance, and is honorable.

Rob elaborated:  “My ‘Bel Ami’ guy doesn’t have a conscience. Most fictional characters are driven by some target, but he is like a reverse character. He’s so content to do nothing and thinks everything should just be given to him. But if someone slights him, or directs any insult at him, the most overwhelming energy grabs him and he turns into this absolute devil who will do anything.”

Rob enjoyed the contrast of his new character with Edward:  “‘With ‘Bel Ami’, I guess there is something quite fun about going from Edward Cullen to playing a guy who pretty much abuses women to get money out of them. Edward so wouldn’t approve! So, yes, I thought that was a funny irony. But the story, independently, is great, and I only thought about the irony afterwards. Doing something like ‘Twilight’ opens doors and it closes others. You can say, ‘Oh if I was still unknown, then no-one would judge me,’ but at the same time, nobody would give a s**t either. It’s a weird little balance. And, most of the time, you are just completely guessing what people do, so I suppose doing scripts that you think are good is the way to go. And that’s what I thought about ‘Bel Ami.'”

Let’s just hope that the romance, and especially sex, with all those hot Hollywood babes didn’t spill over into real life. Kristen will be watching this film closely!