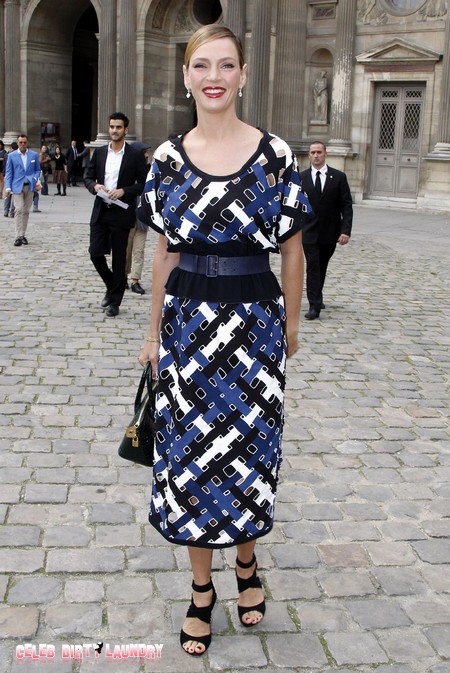 Uma Thurman has praised her ‘Bel Ami’ co-star Robert Pattinson for his acting ability but also says that he takes himself and what he does too seriously and still has lots to learn.

Rob became very involved for his role as 19th century Parisian Lothario Georges Duroy for the film, and Uma insists he is constantly working hard to bring his skills up to the “next level.”

In an interview with Stylist magazine, she said:  “He’s very serious. He did a huge amount of rehearsals in his own time. I think that’s what you do when you’re a young actor, when you take your work very seriously and want to take it to the next level.”

Uma, 41, rose to fame as a teenager in films including ‘Dangerous Liaisons’ and ‘The Adventures of Baron Munchausen’ and while she finds it hard to be as serious as her co-star – famous for his role as Edward Cullen in the ‘Twilight’ franchise – she did offer him advice on set.

MORE: Uma Thurman Baby #3 On Board

Uma said:  “When you’ve been doing this a really long time, it’s hard to take it all so seriously. I said to him, ‘Don’t get too upset about it, because, before you know it, ‘Twilight’ will just be an old film that made you lucky enough to get another job. But when you’re in that position and you’re young, it’s hard to hear through the noise.”

Uma doesn’t like to watch her oldest roles again, and she displayed a similar attitude to Robert in her earlier years.

According to Uma:  “I find it excruciating to watch myself as a teenager. I’ve made a vow never to do it. I was only 17 and working with some of the finest people you will ever meet in the industry, but you don’t realise until you’ve spent 25 years trying to work with such a group again.”

Do you agree with Uma that Rob is still a beginner with lots to learn?  What about taking himself and acting too seriously?  Let us know what you think in the comments below.