Russell Brand Divorced Katy Perry Because She Bored Him Sexually 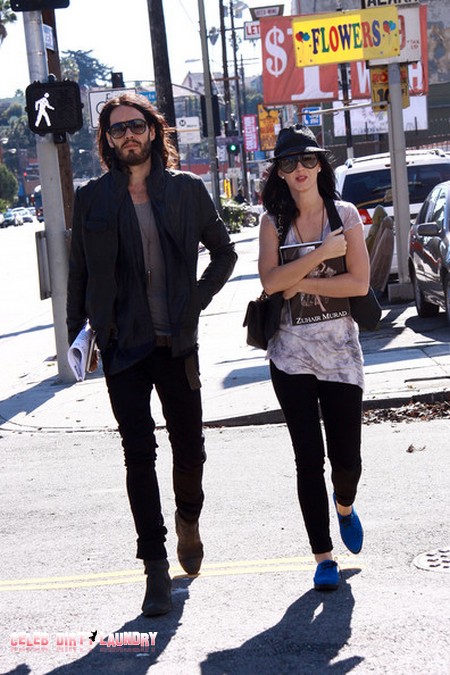 What was the primary reason Russell Brand filed for divorce from Katy Perry? The truth has finally surfaced Russell was bored by his wife sexually – she no longer turned him on! Russell was once a wild sex addict as well as a drug addict and according to US Weekly his once-wild lifestyle was too hard to kick entirely.

Russell allegedly wasn’t able to kick all of his bad habits and after the initial honeymoon period of marital bliss with Katy his desire for extreme kinky sex took over. Katy simply was neither able nor willing to satisfy the unleashed satyr and Russell dumped her.

Since Russell filed for divorce from Katy after only 14 months of marriage reports have surfaced suggesting that the stud was never sexually satisfied by his vanilla wife.

“Katy was kinky enough during their first times together and he was very attracted to her,” a source claimed. “When things got bad, if they got a roll in the hay, they were always better after,” the insider added.

But apparently Russell’s sexual appetite grew to unreasonable size… and Katy could simply not keep up.

Although the US Weekly article goes on to list several other sources of tension between the now estranged couple, it seems that the show stopper was Russell’s fearsome sexual tastes and appetite. Perhaps Russell should think about gong back to rehab.