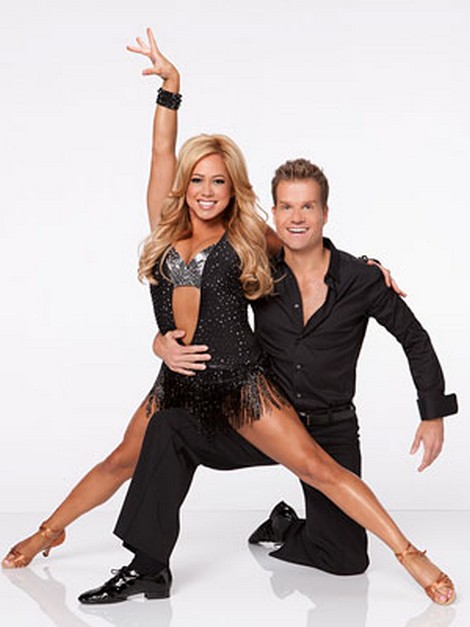 Sabrina Bryan danced the Cha-Cha-Cha  for her first performance of Dancing With The Stars All-Stars 2012 Season 15.  All 13 couples will hit the stage performing either the Cha-Cha-Cha or the Foxtrot to impress the judges and viewers at home, hoping they’re not the first couple sent home.   We recapped the tonight’s show for you and if you want to see how all the couples did go HERE!

Sabrina Bryan and professional dancer Louis van Amstel dancing the Cha Cha Cha.  Louis had this to say about their Cha Cha Cha, “We’re so happy with that dance. This is the weird part we’re very serious about what we do but we’re having so much fun doing it so I hope America’s going to see that, so we’re not the ones who are so serious. We go into dance technique and all that and we’re still laughing. It’s really fun.”

Judges Comments:  Len: “You were clean, [Crowd boos] I liked the dance give us a break.  But you go after it a little too much.  So far it was my favorite dance.”  Bruno: “You were an unleashed fury at the dance floor.  But you went for so much some time the dance could have been cleaner.”  Carrie Ann:  “My favorite firecracker is back.  You came back with a vengeance.  You have to be careful sometime you ove dance.”

Watch the video below and let us know what you think? Do you think Sabrina did enough to win the Mirror Ball Trophy? Sound out in the comments below!