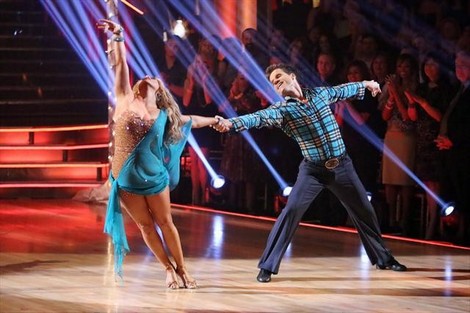 Sabrina Bryan and Louis Van Amstel were eliminated during tonight’s elimination episode on Dancing with the Stars All-Stars.  Sabrina scored some of the highest scores over the DWTS All-Star season and her elimination is a shock!

Judges’ Comments:  Len:  “I loved the fact that the music was soft and quiet, wonderful choreography it was fantastic!”  Bruno:  “It was wonderful a sequence of intriguing shapes, absolute stunning, always it had an emotional threat through it.  Your solo was magic.  A fantastic job.”  Carrie Ann:  “I have been looking for vulnerability from you from day one, it was breath taking, I had chills.  It was just what I wanted”

What do you think, was their elimination uncalled for? Were they eliminated before given a chance?  Let us know in the comments below.