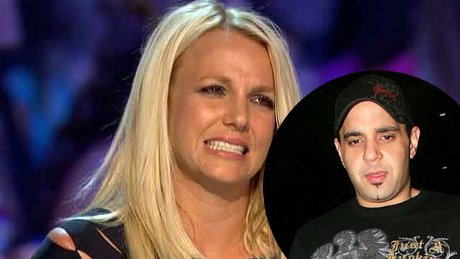 The trial concerning Britney Spears and her former manager, Sam Lutfi, has gotten underway and it’s no surprise that nasty blows are already being thrown. Right out of the gate, Sam Lutfi’s lawyer took a cheap shot, claiming that the pop princess liked to use amphetamines and, essentially, everything in her life — including her financial world — went downhill because of her desperate drug use.

As TMZ recently reported, “She liked to use amphetamines. Most everything that went wrong was because of this drug.” Sam’s lawyer, Joseph Schleimer, was careful, however, not to get his client caught in a sticky situation. Because Sam used Adderall, which is an amphetamine, as a treatment for ADD, his team made sure everyone was aware that he did not hand out his drugs willy-nilly to his former client.

Schleimer claims that Sam repeatedly tried to help Britney get off the drugs, to help her get clean, but that all his efforts were thwarted by her desperate, insatiable addictions. He wanted to bring in an entire team to help save her, he called it “the varsity team,” but that step was never reached. Allegedly, Sam even went so far as to sweep her house for drugs. He called in a drug dog that supposedly found a small baggy of crystal meth.

It’s clear Britney has had problems in the past; is this life story of hers relevant to this case? What do you think? I am not taking a side as of yet, and I don’t know if any of us should yet. This story, if fabricated or exaggerated, would be very easy to pin on Britney Spears  — and the jury might even eat it up.

Sam better be careful in this territory he’s found himself in. Things could get hairy. Fast. After all, he was the person who was supposed to be looking after her. He was her “manager,” and he clearly failed in many facets of his job. Nearly everybody connected with Britney Spears (mother, sister, father, and Jason Trawick) is scheduled to testify on her behalf.