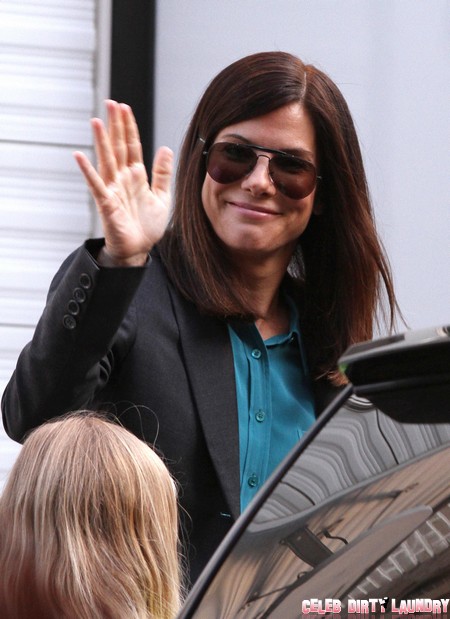 It is no secret that the buzz around The Bachelor and The Bachelorette franchises is dying down. Viewers now know to tune in for the scandal, the cat fights, the whiny men who get outrageous tattoos of love, and the six packs. But we don’t expect the couples to live happily ever after. In fact, I’m shocked that Courtney Robertson and Ben Flajnik are still together! And despite the cheating rumours surrounding Emily Maynard and Jef Holm, they’ve been seen together looking nauseatingly happy.

Since the host Chris Harrison got divorced earlier this year, we’ve been wondering if he’ll become a featured bachelor anytime soon. Surely the man who is responsible for so much love (and the big scandalous, conniving, manipulative break ups that follow) deserves to play his own game! But it looks like the show isn’t going to start casting from within their own family. We’ve learned that Chris is planning a celebrity round, and Sandra Bullock is the number one choice for The Bachelorette!

A poll asked viewers who they would like to see on the show: Sandra Bullock, Mila Kunis, or Taylor Swift. Fans spoke and they want Sandra as leading lady! She got 29% of the votes, leaving Mila and Taylor in the dust.  Good thing for Ashton Kutcher and Conor Kennedy.

This is just research so far, but a show like The Bachelor exists solely for the fans – and to make a profit, of course. It isn’t out there to win Emmys, obviously. Chris Harrison needs to listen to the loyal viewers! Do you think they can convince team Sandra?  Of course if they did nail Sandra then her fee would erase any possible profits, and then some! Would you watch Sandra look for love in all the wrong places?