Scout Willis Sentenced For Underage Drinking And Lying To Police 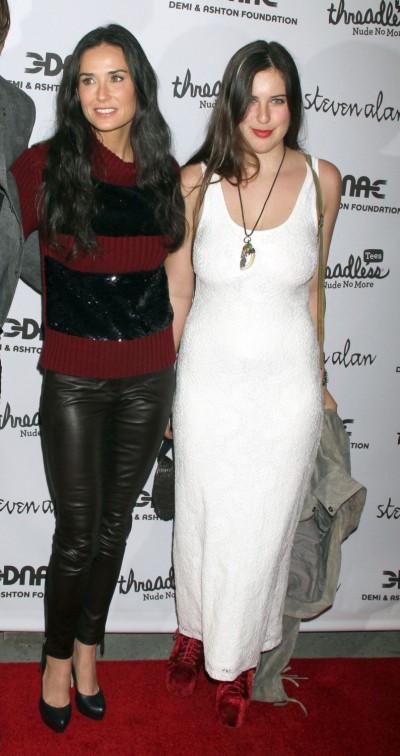 Demi Moore and Bruce Willis’ daughter, Scout Willis, was sentenced today for underage drinking and possessing a fake ID. TMZ reports Scout basically just got a slap on the wrist and “worked out a deal with prosecutors in which they agreed to dismiss the case entirely if she completes 2 days of community service and stays out of trouble for 6 months.”

Scout was arrested last June for getting caught drinking a Pakistani beer at Union Station when she was only 20. A police officer came up to her and asked her how old she was. She (rather stupidly) handed him her fake ID and said her name was Katherine Kelly. She later fessed up and said the ID wasn’t hers and was booked for having an open container and criminal impersonation.

TMZ explained that Scout probably got off so easy because she gets “outstanding” good grades at Brown University. “Ms. Willis is an excellent student at Brown University; she is involved in a multitude of extracurricular activities and is, while maintaining her excellent scholastic standing, pursuing her music career interests and performing internationally,” Scout’s attorney, Stacey Richman wrote. “It seems entirely illogical for the country to saddle this young woman, no different from any of us at that age, with any aspect of a criminal record.”

Scout has until October 2 to complete her community service. Hopefully, this was a lesson well learned. The Moore/Willis family has enough drama going on right now, they definitely don’t need one of the girls getting hauled off to prison. Everyone should use Scout as an example for the future. We’ve all drank underage. Most of us probably had fake IDs. But word to the wise, don’t try the fake ID on a police officer!