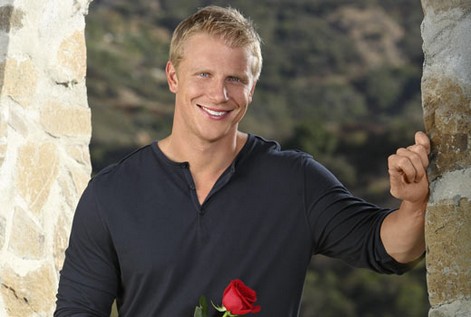 It is killing me to write this, but The Bachelor will see a Season 17.  Who is the latest moron to cash in on his 15 minutes of fame?  That would be Sean Lowe.  I’m not gonna lie, he is delicious, but looking for a wife on a reality show that is consistently being ridiculed for being so unrealistic and full of fame seekers?  Dude, snap out of it.

What happened to the days of people meeting organically?  What is this need to have cameras follow your around as you make your life’s decisions?  I don’t get it.  Sadly, I’m in the minority as the number of viewers is what is keeping this show on the air.

So, who is Sean Lowe?  Well, he was one of the final three from the last season of The Bachelorette.  Emily Maynard sent him packing and chose Jef Holm to marry instead.  Of course we all know that didn’t last so Sean is probably thanking his lucky stars that he didn’t end up with the man-eater.  Says Sean of being cast off, “I was standing at that rose ceremony thinking I was going to marry her,” Haaaa!  I’m sure Jef was thinking the same thing.

Sean, who is a Dallas business man and entrepreneur ,was asked in September by People about the possibility of being the next Bachelor, to which he replied “I’m an open-minded optimist, and I believe the process can work. If I found my wife, it would be worth it.”

Well, good luck to you Sean.  Though you can clearly find a woman and possible wife anywhere else, you chose to embarrass yourself by choosing women who are clearly putting on an act and will turn into psychotic reality girlfriends the minute the cameras stop rolling.  I look forward to your public announcement at the end of season 17 proclaiming your relationship didn’t last the test of time due to scheduling conflicts.