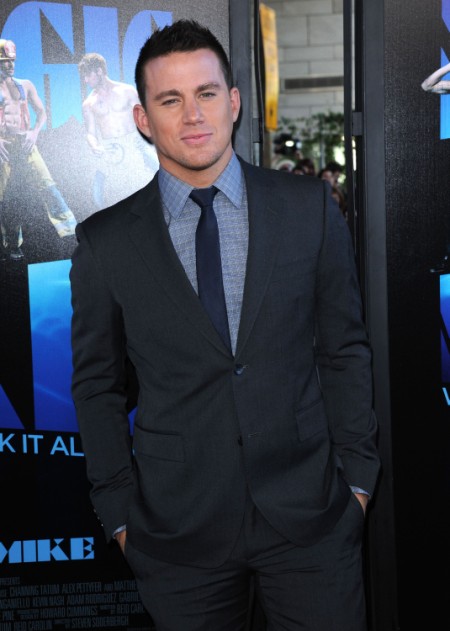 Channing Tatum is on everyone’s hot list now but it wasn’t always the case. It’s well known that the young star earned his money and his dancing skills while stripping in Florida in his late teens. He’s since rode that titillating tale to box office gold with Steven Soderbergh and the rest is Hollywood history. But every young celeb needs a break and Model Placement Center owner, Di Paulson, is coming out saying she gave Magic Mike his.

Ten years ago Paulson was in Ybor City, Florida scouting out a stage at a night club for her models to practice on for a runway show. As her models strutted around she said she noticed Channing right away and asked the club owner about the blond with the spiky hair and the amazing body. Paulson said she confronted Channing, and after realizing he was anxious to break into the business, gave him her card. The two started working together soon after.

It was as easy as that! And who says good things don’t happen to strippers? It’s like a modern day Cinderella story only lusty, boozy women rip off Cinderella’s rags instead of the evil stepsisters.

How do you like the pic of the model, Channing Tatum? I’m happy I didn’t see it before my crush was firmly entrenched. It might have just ruined it for me! I’m not one for the spiky blond, boy band look but I have to take it easy on the kid. It was ten years ago and he was living in Florida. I like the progression he’s made! How about you?