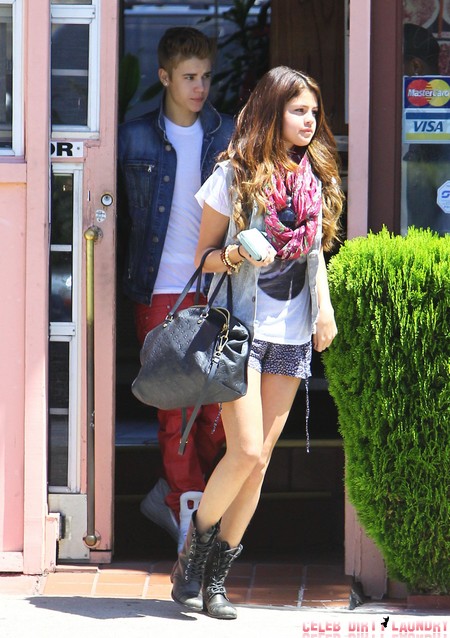 Selena Gomez and Justin Bieber are at war over their egos. Walt Disney Co. rehired the goofy Gomez to star in a much anticipated Disney TV movie, and while Bieber was as excited as a zombie at a morgue to co-star in the yet untitled Wizards of Waverly Place special, Gomez put her fumbling foot down on his Disney aspirations. The cracking of his ego could be heard as far as the vast plains of Africa.

According to a National Enquirer report, Selena not only put down her hundred thousand dollar strapless shoes on Bieber’s Disney plans, but she banned him from the project completely. A source revealed, “Selena didn’t miss a beat. She rejected his idea telling him his superstar power would detract from the project. Justin was stunned protesting that his appearance would definitely increase viewership.” Gomez is acting as the executive producer of the television film, so in a way, she’s calling some of the shots. The Disney execs, however, do agree that Justin Bieber’s appearance in the television film will send viewership figures into the record books.

We’re certain the Biebs has other events to attend, so why would he be so anxious to star in his girlfriend’s TV movie? Well, according to sources in the know, after Gomez signed on to the project, Justin immediately told her that he would be willing to co-star in any role – to help out of course. This might have been a death blow to the already fragile relationship, as Gomez’ star in the Hollywood sky is a brown dwarf compared to Bieber’s supernova. Obviously Gomez would want to do projects on her own and not use her boyfriend’s super famous name to draw viewership/attention.  Sadly, even though Wizards of Waverly Place is a mega-popular television show, the Bieber’s name would have drawn millions upon millions of Beliebers and Belieberstalkers. Could Gomez have made the biggest mistake of her short career?

What do you think? Do you think Gomez was a bit harsh on the Biebs? Do you think she should have allowed him to be part of her project? Let us know your valuable thoughts in the comments below.