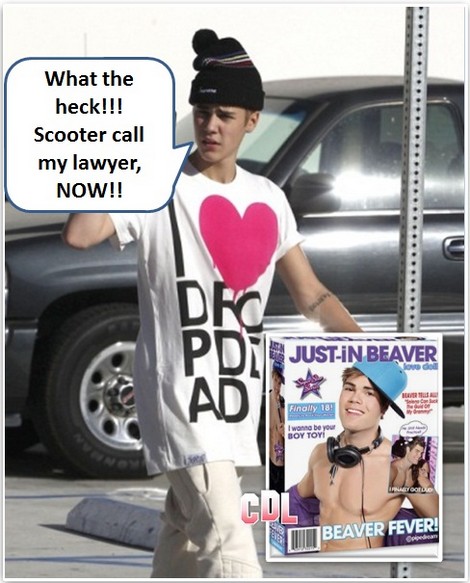 If you are one of the multitude of girls and guys that have fantasized about a night of Justin Beiber lovin’ than you’re in luck! No, Justin and Selena Gomez haven’t broken up (again) and he’s not officially back on the market. But, you can have the next best thing, Pipedream has created the most outrageous blow up doll ever and it’s especially for Justin fans.

The Just-in Beaver love doll closely resembles Beibs and comes fully equipped to satisfy anyone and everyone, if you know what I mean. It’s an equal opportunity sex toy and a good time can be had by all, at Justin’s expense.  Hell, it might even be better than a real hook up with the real poster, you just never know! Just-in Beaver is selling for around $26 bucks and is no doubt flying out of the warehouse, at least until Justin’s lawyers and Scooter Braun step in to try and shut down production.

I mean, he needs to attempt to get it off the shelves in order to preserve his, ahem, image. But behind the scenes we all know that Justin loves the attention and that his ego is likely bigger than the rest of him… He wants everyone to thing he’s a million percent bangable and this toy would only feed that notion.  How do you think Selena reacted to her boyfriend being honored with a sex toy? Maybe an inflatable Justin is even more appealing to her than the real deal, at least sometimes!

If you secretly want one of these dolls I’m thinking you better order it quickly because I don’t really think they’ll be available for very long. Do you think Justin already has his team on this situation?  Tell us your thoughts in the comments below!