Selena Gomez Breaks Up With Justin Bieber Over Miley Cyrus! 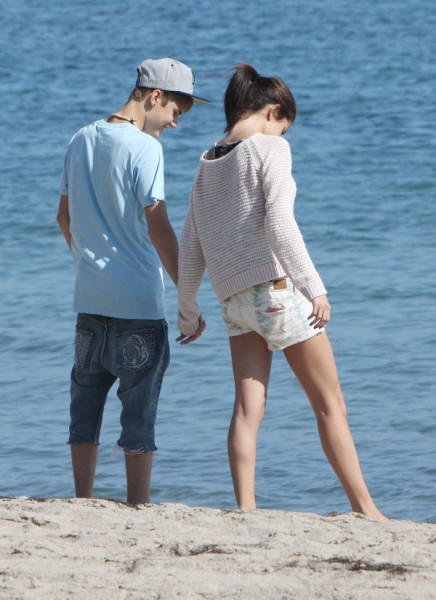 All the Beliebers had to hate on somebody for the demise of Selena Gomez and Justin Bieber and Barbara Palvin just wasn’t popular or interesting enough. Cue Miley Cyrus! She’s been quiet lately so she must be ruining some lives!

As we’ve already reported, this current break isn’t the first for Jelena. It seems the young Lothario’s wandering eye and intense work ethic (I’m actually not joking) have forced Selena to cut him loose before.

“The first time Justin and Selena broke up, it was because Justin shot an episode of Punk’d with Miley Cyrus,” the insider revealed to Radar Online. “Selena is repulsed by Miley! Justin did the show anyways, which didn’t sit very well with Selena. He’s been continually choosing work over Selena and she’s finally had enough” adding after the infamous Victoria’s Secret tweet “Selena was pissed and immediately texted Justin, which caused the friend to delete the tweet. But not before Selena retweeted the photo of Justin and the Victoria’s Secret model with the caption ‘…’ which she later deleted. When they originally started dating, Justin was a boy entertaining young girls, and now he’s a man surrounded by Victoria’s Secret models, and Selena doesn’t like that.”

Repulsed by Miley! It took me awhile to figure out what the Miley/Selena connection was but then I remembered – Nick Jonas! Selena dated Nick after Miley finished with him and Miley wasn’t very happy about it. That was when Miley was really into making annoying YouTube videos and even made one where she ripped on Selena. I couldn’t find it but I know it’s out there somewhere! So there’s definitely some hate between the two girls. I can understand why Selena wouldn’t want Justin around Miley.

But the more this story plays out the more I’m becoming Team Bieber and it PAINS me to say that. Basically Selena’s pissed if Justin doesn’t do exactly what she says. She’s pissed if he puts his career first (which is exactly what he should do) and she’s pissed if he hangs out with hot chicks (which is exactly what he should do). Unless he was all about her all the time there was no winning. Are we surprised by this? Of course not! This is what dating is for teenagers. There’s no room for other people or trust. And now I’m upset. Selena Gomez breaks up with Justin Bieber and now I’m a Justin apologist. Damn you Selena Gomez!