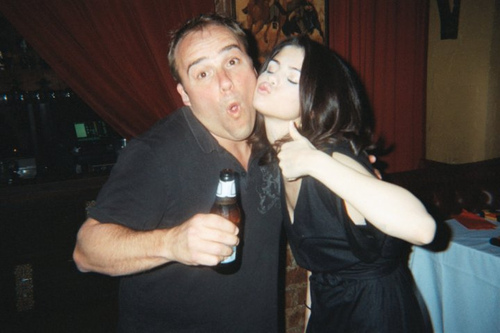 Selena Gomez’s artificial television dad, David Deluise, has also added his two cents to the growing heap of break-up cents. David played the role of Selena’s dad on Wizards of Waverly Place and is the youngest son of the late Dom Deluise. On the 10th of November, Deluise tweeted, “All women should be treated with respect! Listen up boy.” Attached to this murky tweet was an image of him and Selena in an amorous hug. Celeb Dirty Laundry is one hundred percent certain that this tweet was related to the Justin Bieber/Selena Gomez break-up.

Hundreds of Beliebers took to the Twitterverse to voice their most heartfelt of opinions. They bitched at Deluise, “STFU, he treated her like a princess,” and, “ur so f***king stupid! He treated her like a damn princess! Stop trying to make him look like the bad guy. U gotta be kidding me.” Whilst we’re attempting to be as unbiased as possible in this latest break-up saga, we cannot help but notice fans’ easily formed opinions on a story that has not yet been completely cut to the core. At the time of writing this article, there’s still no word on why the couple decided to split, even though the majority of media outlets are leaning towards Barbara Palvin, the Hungarian supermodel who was snapped with Bieber behind the scenes of the Victoria’s Secret fashion show.

Bieber might have cheated on Gomez with Palvin, but as there’s still no official word from the ex-power couple, we could sit here and speculate until kingdom come. The lines have been drawn and fence sitting is not an option, so nothing we say, write, or do, would make an iota of difference to the hungry and furious fans. They’re out for blood, and no one is safe from their acerbic battle to reinstate Bieber as the greatest pop star in human history.

Whose side are you on and why? Is it the innocent looking Gomez? Or is it the emotional Bieber? Let us know your thoughts in the comments below. 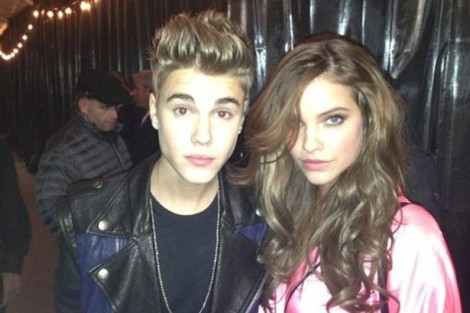