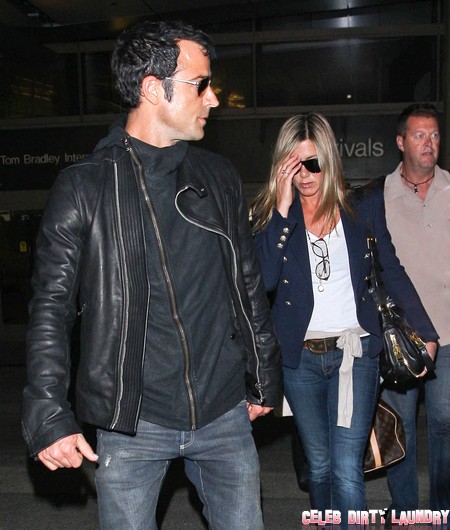 Jennifer Aniston, in all her man whoring glory, has finally become engaged to Justin Theroux amid rumors that the couple were on the verge of an absolute breakdown. Those rumors were disproven and both Aniston and Theroux are as happy as a Scientologist in the noisy bustle of hell. Her father, the famous Days of our Lives actor John Aniston, only found out about the engagement on Sunday, when Celebuzz contacted him.

According to a Celebuzz report, “Jennifer Aniston’s engagement to Justin Theroux shocked most in Hollywood, but none more so than her father, John Aniston, who only learned of the couple’s news when Celebuzz contacted him late Sunday.”

John said to Celebuzz, “It’s the first I’ve heard about it. It’s a surprise to me. I’ll have to look online. When I find out more, I guess I’ll tell you!”

Okay, let’s quickly backtrack and figure out what the freak is going on here. Jennifer waited 48 hours after the proposal to announce it via Theroux’s rep to People magazine and other outlets. Now, please excuse us if we’re going all “theory of time travel” on you, but that’s 48 hours (two days for the mathematically challenged such as myself) she had to notify her friends and family. Why did John only find out about this from a tabloid on Sunday evening?

Jennifer has never been extremely buddy-buddy with her dad, but not notifying your own father about your engagement is like watching Days of our Lives and not notifying your grandmother that Marlena has been stabbed by a demonically possessed doll that lives in a sewerage pit built by Stefano DiMera.  Jennifer’s films have been a lackluster tribute to her glory days of Friends as she has become increasingly neurotic in her acting abilities. She uses outdated comedic timing in a generation of films made popular by new-gen comedy (read Bridesmaids) and used to pop around from man-to-man like an unemployed call girl. She is not only failing miserably with her acting skills, but it seems that Jennifer is also limping along life like a lunatic with a twisted neck. Oh, did we mention that she also didn’t notify her fame whoring mother Nancy Dow?

A family friend told RadarOnline, “Nancy is absolutely delighted Jennifer is going to marry Justin. The first she learned of the engagement though was last night after an official announcement had been made to the press. She had an inkling that Jennifer was happy and that she was ready to settle down – but because she’s pretty much estranged from her daughter she only learns bits and pieces through Jennifer’s half-brother John Melick. They haven’t always seen eye-to-eye, but Nancy only wants the best for her daughter. When Nancy had a stroke she had the pleasure of meeting Justin when he visited her in hospital with Jennifer. He brought her flowers, was very caring and Nancy thought he was a true gentleman. Nancy believes Justin is good for Jennifer, lets her be herself and their relationship is the real deal.”

It looks like neither Nancy nor John will be attending the wedding then? Don’t worry Jen, we’ll send them biscuits and Kris Jenner.

Let us know in the comments below if you think Jennifer Aniston should have informed her parents of her engagement. 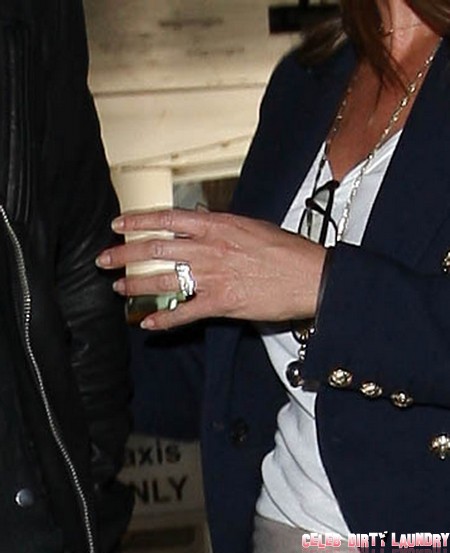