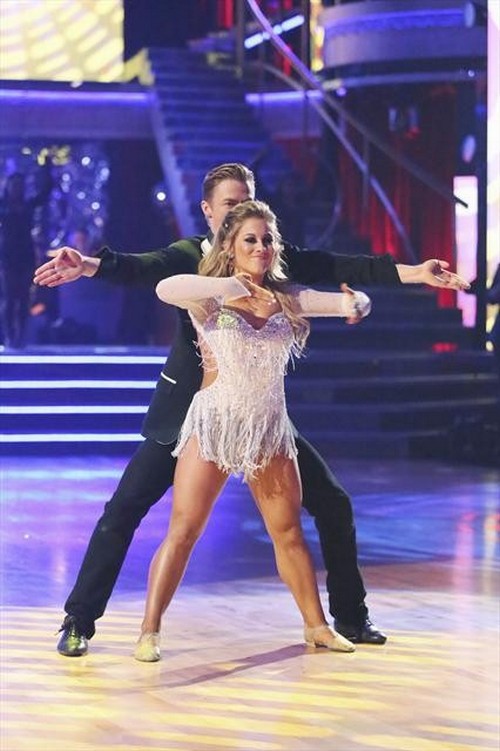 Shawn Johnson chose her Instant Dance and chose to dance a Cha Cha, on Dancing with the Stars: All-Stars season 15 finale show tonight.  On tonight’s show our three finalists go head-to-head for the Mirror Ball Trophy.  All three couples will an instant dance routing.  They’ll be given their music and dance style just minutes before they must perform live to complete the judges’ scores. If you missed tonight’s finale show, we recapped it HERE for you and if want to see any of tonight’s performances you can go HERE!

Judges’ Comments: Carrie Ann: “That was so amazing! Shawn I think you started out as a star and that was a star studded performance, perfection.” Len: “You are the no stress express, Derek has thrown fantastic choreography and that was fantastic. “Bruno: “One thing is for sure you are going out with a bang, a grand finale, perfection!”

Watch the video below and let us know what you think? Do you think Shawn did enough to win the Mirror Ball Trophy? Sound out in the comments below!