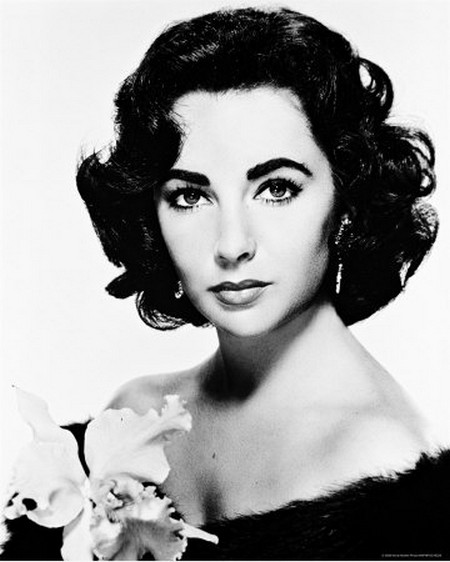 Let me warn you right here that if you love and revere Elizabeth Taylor and are afraid of a shock then don’t read this article! Liz Taylor has to be the top choice as favorite Hollywood icon for more people than any other actress.  Back in the Stone Age, when I was a little boy, my mom used to tell me all about Elizabeth Taylor with a gleam in her eye that was part adoration, part envy, and part pure magic.  I grew up believing that Taylor was as close to a real-life fairy-tale princess as was possible.  Mom would regale little me with stories about her talent, her beauty, her jewels, her grace and charm, and her men…

According to my mother Taylor could have any man she desired as a husband.  Back in those comparatively innocent days a typical child assumed that having a man meant having a husband.  Hey, this was back when they didn’t even show married couples in bed together on TV.  Well, all those innocent memories of glamorous Elizabeth Taylor and her fairy-tale existence were dashed when I read this week’s GLOBE, print edition October 22nd!

But Liz was not practicing the partisan politics back then that dominate Hollywood today – a Hollywood in which celebs who don’t know the difference between a deficit and a surplus still love to tell their fans for whom to vote.  No not Liz, she didn’t allow her politics to interfere with her love life. She not only slept with JFK but also shared her intimate passion with Ronald Reagan!  Now that’s a girl getting busy on both sides of the aisle.

The list of Liz’s loves goes on and includes such classic stars as Errol Flynn, Victor Mature, and a married Tony Curtis – nothing stopped the Taylor when she was on the prowl.  Except, apparently, Frank Sinatra – it seems that despite her attempts to blackmail the mobbed up superstar he refused to marry the love-struck Liz.

GLOBE’s detailed spread on the wild love life of Elizabeth Taylor as revealed in the tell-all biography ‘Elizabeth Taylor: There is Nothing Like a Dame,’ by Darwin Porter and Danforth Prince is a shocker.  Sit down and prepare to be totally amazed when you read this week’s GLOBE.  Your image of Liz Taylor will be changed forever.