Rihanna Is House Hunting In London 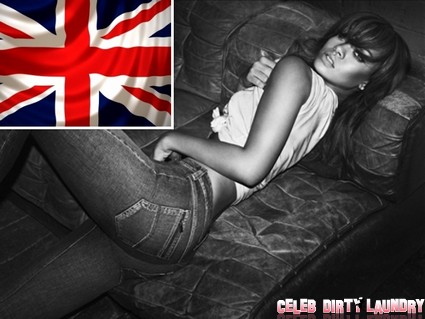 Madonna did it. Then Gwyneth Paltrow did it. Now Rihanna is following their lead. I’m talking about making the move to London. The singer is relocating to the English capital to film a new reality TV series over the next couple of months.

According to The Sun newspaper RiRi will be based in the UK from May to July.  So what is this new TV show all about? It’s a search for new fashion designers. The Only Girl In The World has already filmed two episodes during recent trips to Britain. A source says ‘Since she started shooting the Sky programme she’s got really into it and wants to commit fully. And the crew behind the show have been surprised at the effort she’s putting in‘.

She doesn’t want to live in a hotel for months so she’s now house hunting ‘Rihanna has decided to settle down a bit while she’s over. Although there may be occasional trips away she’ll be based in London. Rihanna has instructed her team to find a mansion in or around the capital. Earlier this year she considered buying a property in east London but now she’s looking elsewhere as she’s decided the pad will need gates to keep away superfans and photographers.’

Rihanna will also be recording her new album while in London and has a couple of festival appearances scheduled as well. There’s no word yet on whether she’ll be bringing her close lady friend along for the extended stay Rihanna’s Lesbian Date Night