Sister Wives Recap 12/23/12 “Polygamist Pilgrimage Into the Past” 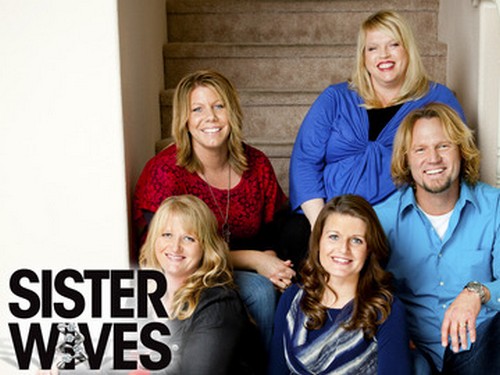 Tonight on TLC a new episode of SISTER WIVES airs called “Polygamist Pilgrimage Into the Past.” If you have never watch this show you will meet Kody Brown, his four wives — Meri, Janelle, Christine and Robyn and their 17 children! We get to follow the Brown family and see how they attempt to navigate life as a normal family in a society that shuns their polygamist lifestyle.

On last week’s show tensions rose as the Sister Wives fought for the bonus features they wanted for each house. The Brown family had been in Las Vegas for the past year and it has been hard on the family. Later, the Brown family dug deep when the family pet was ailing. A compromise left them all in tears. After stressing out over finances, the wives tried hard to start a web business, and Christine made another attempt to pass her real estate exam.  Did you watch the episode?  We did, and we recapped it here for you!

On tonight’s show the wives plan a dream pilgrimage across country to Nauvoo Illinois, the birthplace of American polygamy. But the three-day road trip turns into much more than they bargained for as tempers start to flair and relationships get tested and the journey is almost undone.

We will be live blogging the episode with all the up-to-the-minute details at 9:00pm so make sure to come back to this spot and watch the show with us. Make sure to refresh often so you get the most current info!

Tonight’s recap:  It is Logan’s birthday and a family announcement is made. Kody says they’re going to Nauvoo, Illinois, taking a road trip with the RV’s. Some of the kids are excited and the others aren’t. Kody says the trip is like going to Jerusalem since this is where the founder, Joseph Smith, introduced multiple wives into their faith. Kody wonders why everyone is apprehensive since they all agreed to it as the wives discuss logistics such as driving through several states and pulling it off in 3 days with 21 people. Janelle jokingly says to have fun without her because it sounds like a lot of stress. Robyn and Meri are going to stay in the RV while Christine and Janelle will stay in the hotels once they reach their destination.

The pl for the first day is to get from Las Vegas to Colorado. It will be 16 hours worth of driving each day. Janelle concedes that they are slow drivers and Kody says they are four hours late each night.

There is a family meeting at 11 p.m. about falling behind schedule because they have a lot to do. Kody doesn’t know if he can take anymore of cranky Christine and hopes she gets some sleep.

On Day two, Meri is hoping they’ll stay on top of their schedule. The kids talk about how the road trips force everyone to be in close quarters.

Kody says he has to rotate between wives while they’re on the road. Robyn hates the word “rotate”.  On Day 3, they need to get to Missouri. Robyn says they’re far behind. Kody says the wind and fatigue is slowing them down and they’re getting to sleep later each night. Koidy just wants to get on the road and get as far as they can. Kody has been fighting the wind all day on a small amount of sleep. Meri wants to drive because he is so sleep deprived but he is against the idea. Kody says he was exhausted and felt like barking orders so that they could obey. Christine thinks it’s offensive to hear him say that. He storms out of the RV.

Robyn comments how they’ve been driving in the windstorm and they’re all exhausted and it’s been stressful. Meri doesn’t know why Kody is mad because she wants to drive. Kody said he was exhausted and was trying to figure out a way he could ride with every wife. Kody thinks that they should stop to see some “stuff” since they’re going to be on the road.

The kids admit that everyone is a bit sick of each other. Kody says that he needs to sleep and everything that they’ve done has taken longer. Christine points out that Kody is the only one complaining. Kody knows he has been losing his temper and calls on God to help him maintain because they need to keep thins emotionally safe in their family.

The family arrives at the Mark Twain center. Their tour guide, Dr. Sweets, gave them a history on what Twain thought about polygamy. He thinks that such plural marriages were done in charity and that the women were mostly ugly.

As they arrive in Nauvoo, Illinois, a huge temple stands out. They have finally arrived to their destination. Kody thinks what Joseph Smith did in his life has made an impact on his life which has led to his family.

Joseph Johnston is their tour guide. He is not a member of their faith and does not have multiple marriages. Kody tells Joseph that he doesn’t have to whitewash the Mormon history with his family. Joseph says that Joseph Smith’s brother didn’t even know he was a polygamist. Kody says his understanding is that Joseph Smith was command by God to have four wives.  Joseph the tour guide says there’s good documentation that Joseph Smith had 33 wives. Kody says he’s not up to that big of a task. Joseph the tour guide says that some of Joseph Smith’s wives were married to other men in every sense of the word. Robyn and the wives react with shock. Kody says historians are in disagreement. Janelle thinks more explanation is needed.

The family has been barred from seeing one of the museums because they are polygamist. They view it as prejudice.

Robyn’s great great great grandfather was in jail with Joseph Smith the night he was murdered. He was killed by a mob. Kody still believes Joseph Smith was inspired by God despite the mixed emotions he aroused in people. Kody says he can’t be mad at his wives treating him like a ping pong ball because of the sacrifices his ancestors made.