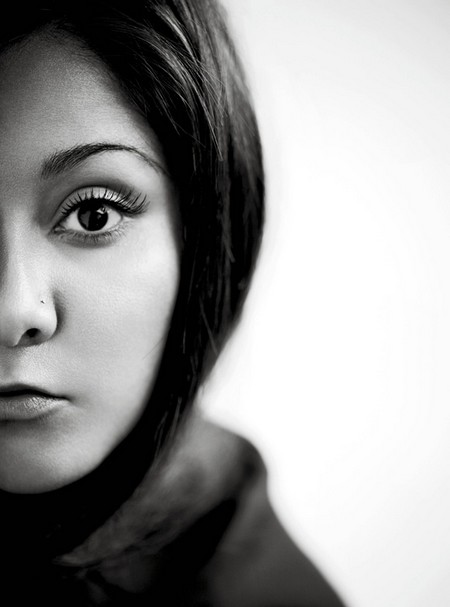 Nicole “Snooki”  Polizzi, from the show  “Jersey Shore”, is all set after an interview with V Magazine.  This little chica has come a long way, first she was a student in veterinary college and now she is a major source to be reckoned with.  Let me see, she first appeared on, “Jersey Shore’s” first episode, tried to make out with all the bobocitos’ that were in the house, got arrested for public intoxication, it goes on and on.

So I ask you were you not a little bit of Snooki in your twenties?  Just maybe a smidge.  I know personally that I have done way more than my share of partying and clubbing in NYC with so well-known celebrities, now respectable, back then not so much, I laugh at her antics, come on she has no shame.

That being said she is giving her interview with V Magazine to advertise her products; her slippers, perfume, sunglasses, you name it she is selling it.  Why shouldn’t she, strike while the iron is hot and enjoy her fifteen minutes of fame and make some money in the meanwhile.

This photo shoot is especially good because she is wearing minimum makeup and she is not wearing her traditional hair bump. So Jersey, someone send  the women of Jersey a memo – the ‘80’s are over and big hair is out!  Well Nicole good luck with your line and the baby.  And besides, in what universe is asex-tape-making famewhore like Kim Kardashian more worthy of success than Snooki?